Recent additions should boost a market segment that has lost ground over the past year, says James Dallas. 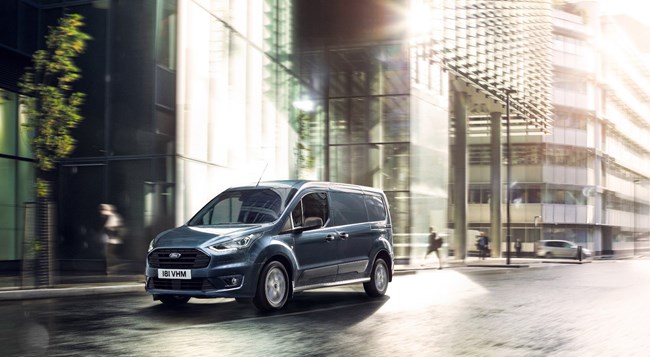 The new LCV market bounced back in January following a poor December with an 8.6% rise compared to the corresponding month in 2018.

Sales of light vans weighing 2.0-2.5t, however, missed out on the upturn, according to the Society of Motor Manufacturers and Traders, with a 3.9% year-on-year decline to 3,082, despite the Ford Transit Connect coming in as the month’s fifth-biggest seller with 1,184 registrations.

Another of the segment’s traditional big hitters, the Vauxhall Combo, limped in with just 2,539 models leaving showrooms. The picture could change dramatically this year though, with the new Combo now based on the same platform as the Partner and Berlingo as the result of a deal that actually pre-dated Opel/Vauxhall becoming part of the PSA Group in 2017.

The three models caused quite a splash when they were unveiled last year, jointly sharing the International Van of the Year 2019 prize in September and following this up by being crowned What Van?’s LCVs of the Year 2019 after they went on sale in November.

Two wheelbase lengths are available – short (L1) and long (L2) – in all three vans with a 350mm increase between the two sizes, while the total length for the L1 van is 4.4m and 4.7m for the L2. Payloads go up to a class-leading 1,050kg while load volume extends to 4.4m3. Power for all three vans comes initially from a choice of two diesel engines.

Due to emissions regulations, a 1.6-litre Euro6.1 engine will be on sale in some markets, including the UK, for the first nine months of production – however, a more powerful (and more impressive) but smaller-capacity 1.5-litre BlueHDi Euro6.2-compliant engine will also be available at launch with a 130hp output. This newer engine will replace the 1.6 and still be available with the same 75hp and 100hp outputs.

Urban operators in particular will also note the 1.2-litre Puretech petrol engine with 110hp and 130hp outputs, which will join the line-up in mid-2019. The higher-powered petrol engine will get the slick new EAT8 auto transmission, which is also offered with the 130hp diesel.

The PSA trio, however, will continue to face stiff competition from the Connect, which itself got a facelift in September last year. This version gets a revamped front with a new three-bar Transit grille and slimmer headlights. The cab interior has been reworked as well, with a revised instrument panel featuring a new central control area. Power comes from either a new 1.5-litre Ecoblue diesel at 75hp, 100hp or 120hp, or a new version of the 1.0-litre Ecoboost three-cylinder petrol engine with 100hp on tap.

Other developments in the light van sector will see VW bring its first electric van to market in the shape of an e-Caddy in the second half of the year. Based on the long-wheelbase Maxi, the plug-in van is expected to have an NEDC  range of 137 miles, a load volume of 4.2m3 and a payload of 635kg.

Mercedes has also promised an electric version of its next Citan, but this, along with the Renault Kangoo upon which it is based, will not break cover until late 2020.

Renault is also to build a new light van, the NV250, for its alliance partner Nissan. Based on the Kangoo platform, production is set to start in France in mid-2019.

Under an arrangement that is due to start bearing fruit in 2022, Ford and VW are to develop LCVs together. While Ford is reported to be overseeing the production of larger vans and pick-ups for the partnership, the German brand is said to be taking the lead on a smaller-sized van.