A series of special-edition models and trim updates are focusing the spotlight on the 4x4 market. James Dallas reports. 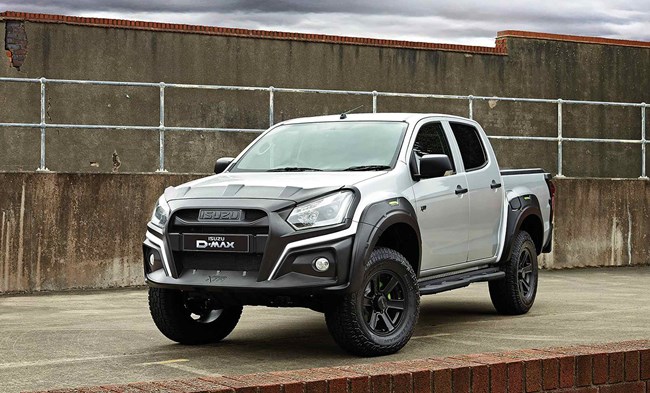 The D-Max XTR is a cut above the Blade

For the past few years the pick-up sector has been the star of the LCV market, but in May it suffered one of its occasional blips, falling 1.8% year-on-year to 3,759 units.

The best-selling pick-up, Ford’s Ranger, still made it into the top 10, however, placed at number 8 on sales of 1,057. A facelifted Ranger goes on sale this month with the high-performance Raptor derivative likely to steal the limelight.

Over the first five months of the year, the pick-up sector was up 4.4% year-on-year with registrations of 23,362 and during this period the Ranger was the nation’s sixth most-popular LCV with 6,678 finding homes, while the Mitsubishi L200 was the 10th bestseller with 5,155 sales.

The pick-up sector is still driven by demand for upmarket double-cabs, but those in charge at the brands that still offer single- and extended-cab trucks point out that if the tax regime allowing VAT to be claimed back on double-cabs with a payload of at least 1.0t was to change then the double-cab-only manufacturers would be hardest hit.

“The high end is very reliant on taxation,” Toyota CV boss Gareth Matthews told What Van? “A change [in the VAT law] would have a very big impact – those that offer only top-end [double-cabs] would be most affected.”

Toyota made some exterior styling tweaks to its own flagship double-cab pick-up, the Hilux, in the first half of 2019, and later this year is to add an Active trim to the base 4x4 Land Cruiser LCV launched last year.

The Active will get alloys, satnav and a more comfortable interior in response to customer demand for a higher-specification option, says the brand.

Isuzu also offers a full range of bodystyles and has secured a deal to supply Scottish Southern Electric with 215 D-Max trucks in single-, extended and double-cab modes. It does not shy away from turning out exclusive versions, however, and at the CV Show revealed a prototype of its D-Max XTR, which is available to order from £33,999, excluding VAT, and will sit between the flagship Blade and limited-edition Arctic Trucks lines in the range.

The brand has also unleashed the AT35 Sakir, which is limited to just 10 examples. Mitsubishi launched a new LCV version of its Outlander PHEV 4x4 in February. The Commercial variant of the plug-in hybrid is based on the facelift of the Outlander car launched last year. Power comes from a 135hp 2.4-litre petrol engine and two electric motors, with a maximum combined output of 230hp. The PHEV has a pure-electric range of about 30 miles.

The brand has also opened the order books for a high-spec L200 pick-up. Although the Challenger is based on the current series five L200, it will be sold alongside the facelifted L200, which the brand is calling series six, when it arrives in September.

Mitsubishi’s arrangement to supply the L200 to Fiat Professional – rebadged as the Fullback – has come to an end after a little under three years however, with Fiat having withdrawn from the UK pick-up sector.

Meanwhile, Nissan’s revisions to its Navara include an upgrade to the 163hp 2.3-litre diesel engine, which is now fitted with two turbochargers, similar to the 190hp diesel that is also available. This means the 163hp engine’s torque output is up by 22Nm to 425Nm, while both engines now comply with the Euro6d-Temp (6.2) emission standard.