Ford is dominant in a market segment that is diminishing. James Dallas reports. 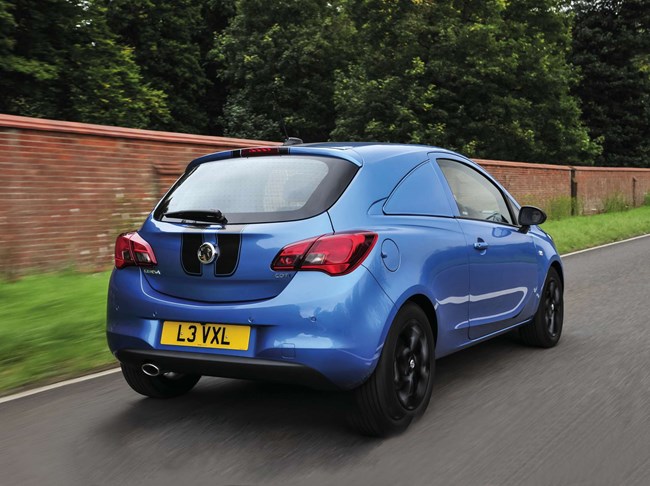 Small vans would be becoming an endangered species if it were not for the considerable presence of market leader Ford in the niche sector.

The segment used to see car-derived vehicles, such as the Ford Fiesta Van and Vauxhall Corsavan, jostling for position with compact cubed city vans, such as the Fiat Professional Fiorino and its re-badged siblings the Citroen Nemo and Peugeot Bipper. Customers could also opt for microvans from the likes of DFSK, with its Loadhopper, or Piaggio with its Porter.

But the past few years have seen the PSA pair Citroen and Peugeot withdraw from the market having failed to find it economically viable, while DFSK’s most recent prospective importer, the Bassadone Automotive Group, dropped its plans to bring the budget microvans to the UK from China in order to concentrate all its resources on the Korean 4x4 brand Ssangyong.

As for Piaggio, it’s a case of watch this space, with a deal with Chinese manufacturer the Foton Motor Group purported to be bringing a new range of four-wheel LCVs to the UK in 2020.

Most recently, Vauxhall, now owned by PSA, of course, has decided to pull the plug on its Corsavan, as it launches a new Corsa passenger car this year. LCV product manager Brad Miller says the five-door-only design of the car makes it unsuitable for conversion into an LCV and also cites underwhelming sales (Vauxhall sold 2,500 Corsavans in 2018).

He also claims the fact that the new car is only offered with a petrol engine would hamper its prospects in the light commercial sector, which remains weighted towards diesel.

Almost at the same time as the Vauxhall Corsavan was taking its leave of the sector, Ford was reversing its decision of a year earlier to drop the Fiesta Van by bringing a Fiesta Sportvan back to the market, leaving some observers to suggest the two events were not unrelated.

Based on the Fiesta passenger car, the Sportvan is powered by a 125hp 1.0-litre petrol EcoBoost engine and is also available with the 1.5-litre TDCi diesel engine with 120hp.

With the Fiesta Van temporarily out of the running, however, its more practical sibling, the Transit Courier (payload 660kg versus the Fiesta’s 500kg, with load volumes 2.0m3 and 1.0m3, respectively) was the only small van to make it into the Society of Motor Manufacturers and Traders’ list of the top 25-selling LCVs in 2018. It came in at 23 with sales of 4,533.

More practical features are Sync 3 connectivity with a 4in colour screen and rear parking sensors. The 100hp 1.5-litre TDCi engine combines with six-speed manual transmission to deliver 112g/km CO2 emissions and up to 65.7mpg fuel efficiency, according to Ford, and the Sport is also available with the 100hp 1.0-litre EcoBoost engine with a six-speed manual transmission, delivering from 119g/km of CO2 and up to 53.3mpg, Ford claims.

Visitors to the CV Show also got to see the Courier’s only remaining like-for-like rival, the Fiorino, which was shown in Sportivo mode in delivery van livery on the Fiat Professional stand.