Competition is fierce as sales continue to rise in the dominant market sector,  James Dallas reports. 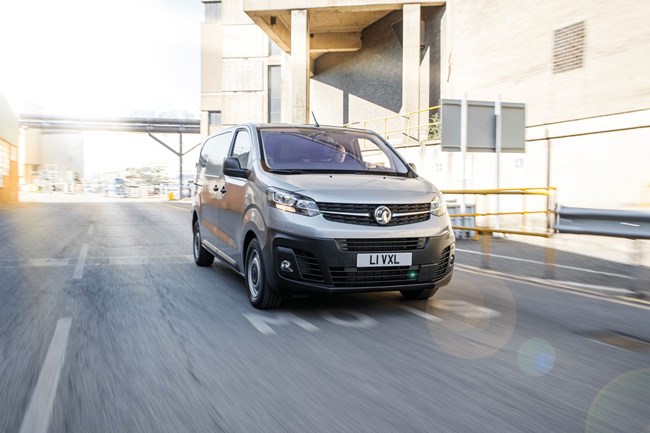 Sales of medium vans continued to drive the market forward in July, according to figures released by the Society of Motor Manufacturers and Traders (SMMT).

Ford’s medium van, the Transit Custom, continued its long reign as the country’s most popular light commercial vehicle, notching up 3,798 sales in July and 34,689 in the year to 31 July.

The Volkswagen Transporter and Renault Trafic also featured in the July top 10 and were joined by the Vauxhall Vivaro in the top 10 list for the first seven months of the year, with the Vauxhall model actually marginally outselling its Renault counterpart during the period by 7,744 to 7,736 registrations. Ironically, the transition from the old Trafic-based Vivaro to the new model, which is based on a PSA platform, took place in July.

The arrival of the latest UK-built Vivaro (the third generation of the van) is set to cause the biggest splash in the medium van sector this year. Quality should not be an issue because the models from which it has taken its DNA – the Citroen Dispatch, Peugeot Expert and Toyota Proace – have been well received, sharing the What Van? Light Commercial Vehicle of the Year Award for 2017.

Vauxhall’s CV product manager Brad Miller has high hopes for the new Vivaro, expecting it to regain its position as the UK’s second biggest-selling medium van, behind the Transit Custom.

Talking of which, following extensive customer trials, Ford is to launch the plug-in hybrid electric Custom PHEV in September. Prices, excluding VAT and the Plug-in Van Grant, start at £39,145 for the entry-level Leader (the name has replaced Base in Ford’s nomenclature), rise to £40,595 for Trend, and peak at £42,950 for the top-of-the-range Limited trim.

Ford has also introduced a new Custom Sport, which features an upgraded 185hp version of the 2.0-litre Ecoblue engine, a 9% power increase on the current powertrain, and is priced from £32,270, excluding VAT.

Volkswagen revealed a facelifted version of its Transporter in April at a construction industry show in Bauma in Munich with the van expected to arrive in showrooms towards the end of the year.

Among the updates are a switch from hydraulic to electromechanical power steering, which VW says allows the introduction of a new range of driver assistance systems, including lane assist, park assist, side protection, rear traffic alert and trailer assist.

VW will offer the Transporter with 2.0-litre diesel engines of 90hp, 110hp, 150hp and 199hp.
Another big player getting an update before a September debut is the Renault Trafic. A revised grille, modernised interior and enhanced driver assistance features are among the changes, but more significantly 2.0-litre diesel engines with outputs of 120hp to 170hp replace the previous 1.6 engines and a six-speed EDC automatic gearbox now complements the six-speed manual transmission. Prices, excluding VAT, go from £22,800 to £30,050.