The shift towards the lifestyle sector continues apace as manufacturers vie for a slice of the off-road market, James Dallas reports. 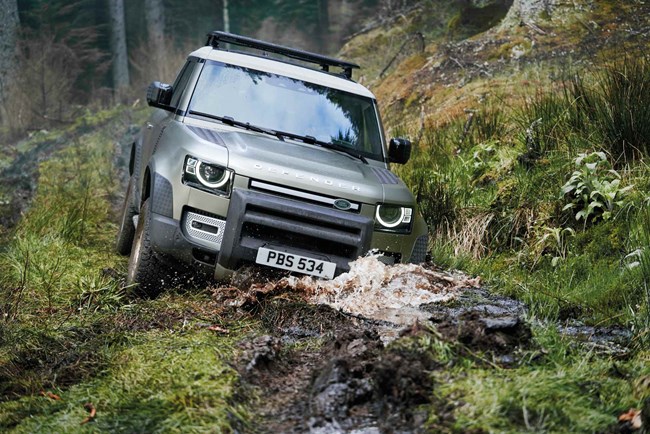 Sales of new pick-ups have often bucked the prevailing trends of the overall LCV market in recent years (whether these have been up or down), reflecting the sector’s appeal to customers who want something other than just a working tool.

This has given rise to the so-called ‘lifestyle market’, which is dominated by double-cab models.

In September, however, the sector caught an autumnal cold like the rest of the market with sales falling by almost 19% year-on-year to 7,814, according to the SMMT. The niche 4x4 category of LCVs fared even worse, tumbling 48% to just 163 registrations in the September plate-change month.

The year-to-date figures made better reading: the total LCV market grew year-on-year in each of the eight months prior to September’s slump, so three-quarters of the way through 2019 pick-up sales were down by only 1.7% to 41,572 and 4x4s were down 17% on 1,153 units.

With 2,377 examples shifted, the Ford Ranger was the UK’s third best-selling LCV overall in September (remarkably, it was only the UK’s third most popular pick-up truck in 2015) and the fifth-best seller over the first nine months of the year (12,655 units).

Ford introduced a facelifted Ranger to the UK in August with a new 2.0-litre Ecoblue diesel engine, tuned to produce 130hp or 170hp with a single turbo, or 213hp with a bi-turbo set-up – the latter installed in the high-performance Raptor model, which inevitably hogged the spotlight. The Ranger line-up covers single-, regular- and double-cab bodystyles, but the flagship Raptor, inspired by off-road racing, targets the top end of the lifestyle market. With a payload of less than a tonne, 620kg to be precise, you can’t get a VAT rebate but if you’ve got £50k to spend on a pick-up truck you probably don’t care.

Isuzu’s reputation is built upon producing tough working trucks, but it knows if it is to hit its target of 10,000 sales by 2025 (doubling this year’s expected volume) then it too has to make its mark in the lifestyle sector. And this is where the D-Max XTR comes in. Sitting between the Blade and the niche Arctic Trucks conversion the AT35 at the top of the range, Isuzu wants the XTR, which went on sale in September, to act as a halo in attracting more leisure-oriented customers to the brand.

Mitsubishi has given its L200 line-up a makeover, beefing up its appearance but reducing engine size from the 180hp 2.4 to a 150hp 2.2-litre unit. It has also dropped the single-cab version due to a stated lack of demand.

Moving away from pick-ups, a new 4x4 dubbed the spiritual successor to the old Land Rover Defender is planned to launch in 2021 following the announcement that a new factory in Wales will build it. Ineos Automotive believes it has identified a gap in the market since the previous Land Rover Defender ceased production in 2016. Its Grenadier will feature a ladder-framed separate chassis, beam axles and locking differentials to optimise durability.

As well as the farming community, Ineos sees a role for the vehicle among fleets whose drivers need to venture off-road, such as utility companies. The vehicle will feature a choice of petrol and diesel in-line six-cylinder engines sourced from BMW, with eight-speed automatic transmissions.

Meanwhile, Land Rover has confirmed it will include commercial vehicles within its new family of Defender models. The manufacturer says the new version of its legendary off-roader will boast a payload of up to 900kg, a towing capacity of 3.5t and a wading depth of up to 900mm. It claims the range will be available with diesel, petrol, mild hybrid and plug-in electric powertrains.

Land Rover says the Defender Commercial will be offered in two versions from 2020 with guide pricing starting from a lofty £35,000, excluding VAT.