With the lockdown easing a host of brands have revealed new middleweight contenders. James Dallas rounds up the highlights 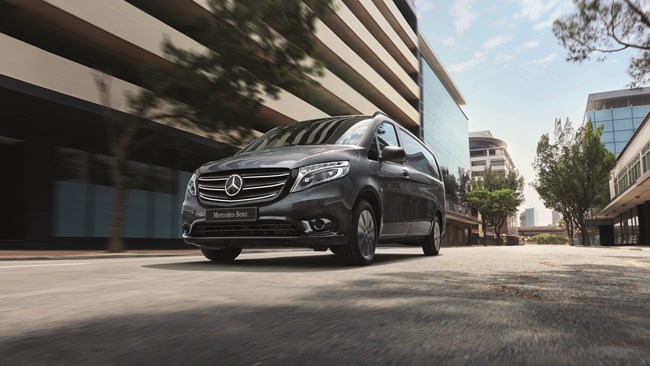 The lockdown necessitated by the coronavirus pandemic has decimated new van sales in the dominant 2.5-3.5t sector, as it has in every other corner of the market.

The majority of business that did take place over the past few months, however, was focused on this segment covering medium and large vans.

The Ford Transit Custom remained easily the UK’s biggest-selling van in the year to 30 June with 16,369 units delivered, but two other medium vans featured in the top 10: the Vauxhall Vivaro at number four (6,054) and the VW Transporter at six (5,040).

With the lockdown measures gradually easing it was encouraging to see manufacturers edging back to something approaching business as usual.

The PSA Group led the way with a virtual launch of its technically identical electric medium vans the Citroen e-Dispatch, Peugeot e-Expert and Vauxhall Vivaro-e.

They will be powered by a 136hp motor and a choice of either a 50kWh or 75kWh battery, for a range of 143 miles (230km) or 205 miles (330km) respectively and will arrive in showrooms in September, although customers can put in orders now.

PSA promotes the vans by reassuring operators they share many of the virtues of their ICE counterparts, such as a 1.9m height, which allows access to underground car parks and a meaty maximum payload of 1,275kg, just 115kg less than the top whack on the diesel range. PSA admits, however, that the range drops by 5km for every 100kg of payload on board.

Load volumes are identical, going from the 5.0m3 of the Compact versions up to 6.6m3.

PSA claims an electric van is a suitable choice for a substantial proportion of operators because 44% of them never drive more than 300km in a day.

The three electric vans van can be rapid-charged at 100kW. This means the 50kWh battery can be charged to 80% in 30 minutes, rising to 45 minutes for the 75kWh battery. The group estimates seven out of 10 customers will opt for the larger battery.

Both batteries come with an eight-year, 160,000km warranty covering up to 70% charge and a certificate that guarantees the battery capacity for resale.

Ford also says new Active variants of the Transit Custom and passenger-carrying Tourneo Custom will feature extra body cladding and the option of an mLSD for enhanced traction on loose, slippery or soft surfaces, while an SUV-inspired exterior aims to add visual appeal.

The Trail gets oversized Ford lettering in the matte black grille with additional black cladding around the front and rear lower bumpers and side panels, complemented by 16in alloy wheels and Trail logos on the front doors. It can also be specified with roof rails and running boards.

Developed in partnership with driveline technology specialists Quaife, the mLSD automatically transfers engine torque in low grip conditions to the wheel with the most traction.

Mercedes-Benz has confirmed prices and specs for the facelifted version of its Vito medium van (pictured below).

Prices start from £22,845, excluding VAT, for the entry-level Progressive model.