The off-road market is evolving with pick-ups under pressure and car-derived 4x4s muscling in on the action. 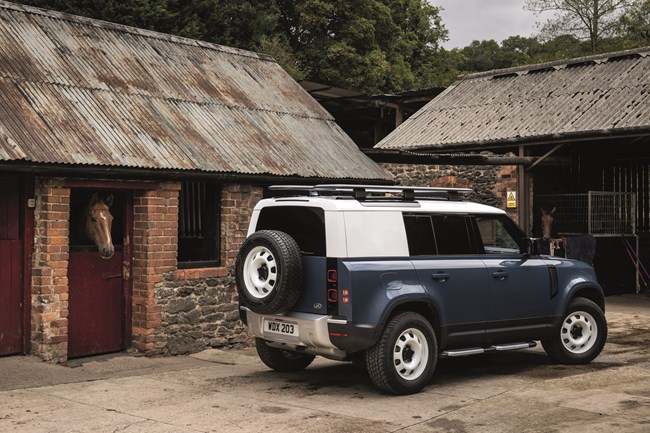 The UK’s new light commercial vehicle market recorded its first month of growth in July since January and the pick-up sector led the way with a 25% year-on-year jump to 3,893 registrations, according to the Society of Motor Manufacturers and Traders.

The specialist 4x4 sector rocketed by 73% to a, still admittedly modest, total of 203 units. It should be pointed out that this market niche does not include the 4x4 versions of panel vans like the Ford Transit or Mercedes Sprinter.

Over the first eight months of the year, however, pick-up sales dropped by a depressing 40% to 20,227 compared to the same period last year while 4x4 numbers fell 12% to 869.

But for such a marginal area of the market there is plenty of activity in the 4x4 sector, which may suggest it will attract growing numbers of customers going forward, particularly if the nascent demand for car-derived vans increases, driven by manufacturers seeking to meet the less stringent emissions for LCVs compared to cars.

A case in point is Suzuki, which has announced its Jimny small off-roader is coming to Europe as a commercial vehicle. The model was previously sold as a passenger car in the UK before being axed due to high CO2 emissions. The new LCV model is a two-seater, with the car’s back seats removed to create a load bay with a capacity of 0.8m3. There’s a flat floor, and a safety partition is installed to keep cargo out of the cabin. Power comes from a 101hp 1.5-litre petrol engine, and the Jimny features part-time four-wheel drive with a low-range transfer gear. Driver assistance features include autonomous emergency braking, hill hold, and descent control. UK on-sale dates are yet to be announced.

A legendary name in 4x4s has just returned to the UK LCV market in the shape of the Land Rover Defender Hard Top. It is available in 90 and 110 versions, with just over 1.3m3 and 2.0m3 litres of load space respectively.

Both models come with a fixed full-height partition to separate occupants from the load area. Access to the load area is via a side-hinged rear tailgate, and also, on the 110, via the rear side doors. All models are all-wheel drive and come with eight-speed automatic transmission with a twin-speed transfer box.

All are equipped with mild hybrid systems, and meet the RDE2 and Euro-6d-Final standards. The vehicle is capable of wading through depths of 900mm, and towing 3,500kg, according to Land Rover, which has not disclosed payloads. The 90 is available only in the entry-level Defender trim, while the 110 is available in Defender, S, SE and HSE. Prices, excluding VAT, start at £35,820 for the 90 and £43,012 for the 110.

Meanwhile, Wales-based manufacturer Ineos Automotive has designed an off-roader that it claims harks back to the original Defender. Its Grenadier will be built at a new factory in Bridgend, and will use a six-cylinder diesel engine shared with BMW, as well as a ZF automatic transmission. In commercial guise it will come as a double-cab pick-up truck.

So, while the 4x4 LCV star is rising, is that of the UK pick-up market on the wane?

Following the withdrawal of the Mercedes X-Class and VW Amarok, Mitsubishi shocked the industry by announcing it is to freeze new model launches for European markets, including the UK. This could spell the end for new versions of the L200 – a major player in the sector for 40 years – after the current Series 6 generation completes its life cycle in 2021.