Sales of medium vans drove the market to a record high in October. 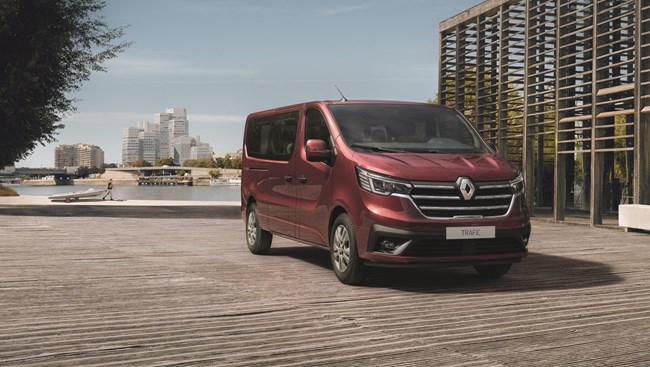 Sales of medium and large vans weighing between 2.5t and 3.5t powered the October new LCV market to a record high of 28,753 units, according to the Society of Motor Manufacturers and Traders (SMMT).

The SMMT attributed the strong market to operators gearing up their delivery fleets ahead of the Christmas period, as well as to pent-up demand from the first UK lockdown and growth in the construction sector.

A trio of medium vans took up places in the top-five sellers’ list. The Ford Transit Custom occupied its usual top spot (on 3,773 units), followed by the Vauxhall Vivaro (1,923) and the Volkswagen Transporter (1,899).

Volkswagen has finally entered the electric van market with the launch of its e-Transporter, built in collaboration with specialist convertor ABT e-Line, following its decisions to shelve electric introductions of the Caddy compact van and Crafter large van in the UK.

As an aftermarket conversion, the e-Transporter is far more like its ICE (internal combustion engine) stablemates than other electric medium vans. The cabin is pretty much identical – the fuel gauge shows the level of battery charge rather than how much diesel or petrol there is left, and there is no button to boost electric charge through regenerative braking, which means the driving characteristics of the e-Transporter are more like a conventional van than other plug-in models.

Although Volkswagen says the load volume capacity is uncompromised compared to ICE vans, the e-Transporter’s range of 82 miles falls short of rivals such as the Mercedes-Benz eVito, with a claimed 92 miles, or the PSA trio, the Peugeot e-Expert, Citroen e-Dispatch and Vauxhall Vivaro-e, which can cover up to 211 miles, according to PSA.

The e-Transporter can be rapid-charged to 80% of capacity in 45 minutes and power comes from a 110hp (83kW) electric motor. The e-Transporter still uses Volkswagen’s DSG dual-clutch gearbox in contrast to most electric vans, which have a single-speed transmission.

Peugeot’s aforementioned e-Expert is currently in demand with fleet operators, and the manufacturer is to supply 250 to Northgate Vehicle Hire. They will be supplied by Simon Bailes Peugeot, and have been chosen to help Northgate increase the number of electric vehicles on its fleet. The e-Experts will be available for customers to rent next year.

Northgate fleet director Tim Bailey says: “By agreeing this initial deal with Peugeot for 250 new e-Experts, we can ensure that customers who want to use fit-for-purpose EVs in their fleets can do so quickly and with minimal impact on cash flow.”

Moving away from electric vans, Ford is to add refrigerated versions of its Transit Custom to its One-Stop conversion scheme. Available in chilled and fully frozen modes, they are being produced in conjunction with the converter Paneltex.

Customers who need to transport goods at both temperatures can order vans with twin compartments divided by a moveable bulkhead.

Meanwhile, Renault is to launch a new Passenger version of its Trafic medium van in 2021, which it says is aimed at large families and professionals needing to transport up to nine people. In addition, the Trafic Spaceclass is designed to provide luxury transport for up to eight VIPs, says Renault.

Both models will be available with three versions of Renault’s 2.0-litre diesel engine, including the new dCi 150. Delivering an increase of 5hp over the unit it replaces, this engine joins the dCi 110 and the dCi 170.

A six-speed manual gearbox is standard on dCi 110 and dCi 150 models, while a six-speed EDC dual-clutch automatic transmission features on both the dCi 170 and dCi 150.