All the major brands are rolling out alternatives to their diesel drivetrains in 2020, James Dallas reports. 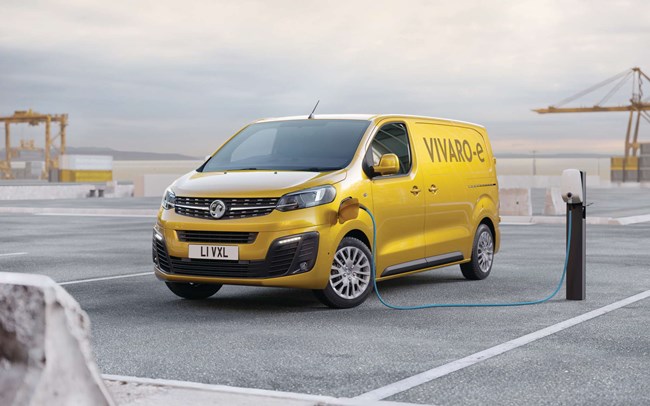 Citroen, Peugeot and Vauxhall will reveal the e-Dispatch, e-Expert and Vivaro-e at the CV Show at the end of April - if it goes ahead...

Sales in the dominant 2.5-3.5t segment that includes medium and large vans made a solid start to the year in January, with registrations of 13,154 representing a marginal dip of just 0.9% compared with the same month in 2019, according to the Society of Motor Manufacturers and Traders.

The Ford Transit Custom, now also offered as the plug-in hybrid PHEV, was the familiar name at the top of the sales league on 3,117, but the second best-selling medium van, and the third best-seller overall in January was the Vauxhall Vivaro, with 1,549 units shifted.

The Vivaro, which is based on the Citroen Dispatch and Peugeot Expert, is continuing to enjoy a resurgence as Vauxhall benefits from a clearer strategy now that it belongs to the PSA Group. Vauxhall’s Luton plant, the home of the Vivaro, is now building a number of Dispatch and Expert units too to supplement the bulk of production at Sevelnord in France.

VW’s Transporter is usually among the top five-selling LCVs overall but had to settle for eighth spot in January with 1,080 registrations. It is currently transitioning to the facelifted T6.1 version, however, which adds a wealth of driver assistance features passed down from the Crafter large van, and as the roll-out gathers pace it is likely that sales will too. Last year the Transporter was the UK’s fourth most popular van with 19,608 sales. The all-conquering Custom was number one on 52,512 and the Vivaro finished fifth with 18,029 examples sold.

Predictably, much activity in the medium van sector in 2020 will centre around electric technology. Volkswagen promises its battery-electric Transporter developed in partnership with ABT will see the light of day during the year, but it seems unlikely to arrive in the first quarter, as was previously stated.

The PSA Group brands Citroen, Peugeot and Vauxhall will reveal their electric medium vans – the e-Dispatch, e-Expert and Vivaro-e, respectively – at the Commercial Vehicle Show at the end of April before the models go on sale in June.

Built on PSA’s EMP2 platform, which allows both conventional and electric powertrains to be used, the plug-in vans, which are the same under the skin, come with either a 50kWh battery, said to offer a driving range of up to 125 miles on the WLTP test cycle, or a 75kWh battery, with a range of at least 185 miles.

Payloads and load volume capacities will mirror those of the equivalent diesel models, according to PSA.

The first prototypes for LEVC’s range-extended van are now being built at the company’s Coventry factory, where it also builds the new TX London taxi upon which the van is based.

The van can travel 80 miles on electric power alone, after which a 1.5-litre petrol engine cuts in as a range-extender generator to charge the battery on the go. Like the taxi, the 1.0t van has a turning circle of just 10.1m, making it ideal for city deliveries, according to LEVC. The prototypes being built now will be deployed as test vehicles for homologation, durability testing and crash testing.

The LEVC van was originally supposed to launch in 2019, but was delayed. It will now make its public debut at the CV Show and should be launched in the fourth quarter of 2020.