Despite a depressed market, there are plenty of signs of life in the compact van sectors. 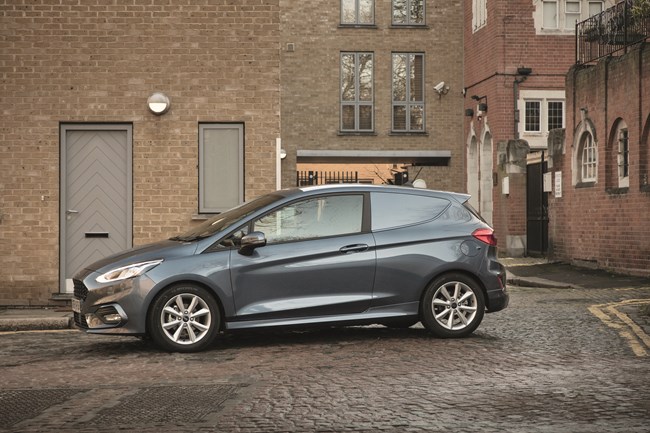 On the face of it the new van market appeared to be in rude health in the plate-change month of September, up 26.4% year-on-year to 52,096 units, according to the Society of Motor Manufacturers and Traders (SMMT).

Unfortunately, the overall picture was not as rosy as it seemed, with the leap in sales numbers down to the September 2019 market being weakened by the introduction of new, more stringent emissions regulations.

As the SMMT pointed out, the market was still below usual levels – trailing 6.6% behind the September average for the previous five years.

Four light vans featured in the top 10 sellers list for the year to 30 September, with the Peugeot Partner, Citroen Berlingo, Ford Transit Connect and Vauxhall Combo occupying positions seven to 10.

Despite the contraction of the small van sector, there are signs of life and, intriguingly, having looked to be be on the endangered species list, car-derived light commercials may be making a comeback.

Ford has recently introduced a mild-hybrid version of its enduringly popular Fiesta Van. It gets Ford’s 125hp 1.0-litre 48V EcoBoost petrol powertrain and is designed to deliver “responsive petrol engine performance and reduced cost of ownership for urban hatchback van owners and operators”, according to the brand.

A belt-driven integrated starter/generator (BISG) in place of the standard alternator enables recovery and storage of energy usually lost during braking and coasting to charge a 48V lithium-ion air-cooled battery pack and extends the range of the van’s auto stop-start technology to deliver greater fuel savings. The technology contributes to fuel efficiency of up to 68.8mpg and CO2 emissions from 93g/km on the NEDC cycle (55.3mpg and 115g/km WLTP) – an improvement of up to 6% compared with the non-hybrid model, Ford claims.

For operators wanting a zero-emission city van, Renault is leading the way with its electric Zoe Van. It is based on the Zoe passenger car, with the same 107hp electric motor and 52kWh battery offering a range of up to 245 miles on the WLTP cycle.

The load bay, which can be accessed by the car’s rear side doors as well as via the rear hatch, measures up to 1.0m3, while the maximum payload is up to 387kg with entry-level Business trim, and 368kg with the higher-grade Business+ trim.

The Zoe Van comes as standard with a type-2 charging cable, allowing a 100% battery charge in three hours using a 22kW charger, while 50kW rapid charging capability is available as an option.

Moving up the weight scale, the big news is the launch of Volkswagen’s next-generation light van, the Caddy 5, which should be in showrooms by January 2021.

The Caddy 5 will be powered by three 2.0-litre diesel engines with outputs of 75hp, 100hp and 120hp and a 1.5 petrol unit producing 115hp. The manufacturer claims the diesel engines are up to 12% more economical than current versions. There will not be an electric Caddy due to the forecast launch of the new Caddy Maxi-sized ID Buzz Cargo electric van in 2021.

Ford has introduced a more off-road capable version of its Connect, the Active, which features increased ride height and an optional mechanical limited-slip differential.

The Mercedes Citan, meanwhile, can cover the greatest distance on a single tank of fuel, according to price comparison site Confused.com in a survey dominated by light vans. It says the diesel Citan can cover 831 miles between fill-ups, 123 miles more than the second-placed Volkswagen Transporter (medium van) with a 708-mile range. Third place went to the Nissan NV200 light van, with 701 miles. The research also found the Citan had the best range for a petrol van, 611 miles, ahead of the Ford Transit Connect on 580 miles, and the Volkswagen Caddy on 541 miles.