Increased sales of medium vans have boosted the LCV market at the start of 2021. 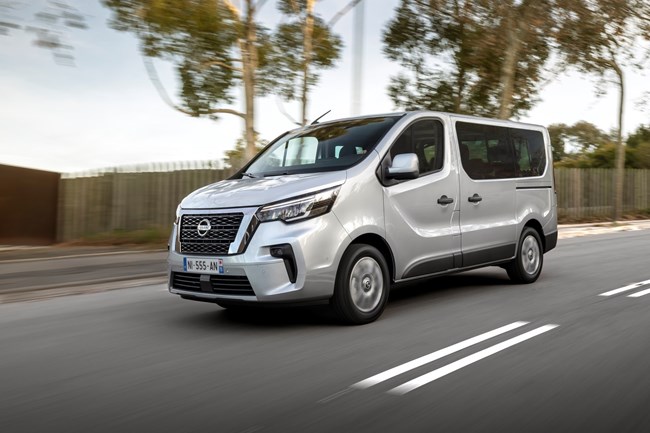 The explosion in online shopping deliveries, ignited by Covid-19 lockdowns forcing people to stay in their homes, has bolstered demand for medium and large vans weighing between 2.5 and 3.5t compared with other sectors.

Last year, Ford’s Transit Custom was far and away the UK’s biggest-selling van, but was joined in the top five by two other medium vans, the Volkswagen Transporter and Vauxhall Vivaro.

The dominance of medium and large vans has continued into 2021. Total LCV sales were up 85% to 56,122 year-on-year in March, according to the Society of Motor Manufacturers and Traders (SMMT) but vans weighing from 2.5–3.5t accounted for 36,032 units – a rise of 101% compared with the same month a year earlier.

The huge rise in sales year-on-year in March this year was largely down to the onset of the coronavirus crisis decimating sales in March 2020.

In an unusual twist, the Transit Custom was knocked off its perennial top-seller spot by its big brother, the Transit, in the year to 28 February but in March became the UK’s biggest-selling vehicle overall with 9,627 examples snapped up. It was joined by the VW Transporter and Vauxhall Vivaro in the top ten. According to auction data from residual value experts Glass’s, medium vans remain the most popular in the used market, accounting for 38.5% of sales in February.

Turning to product news, and Ford, which currently markets a PHEV Custom, has announced it will launch a fully electric version of the next generation of the van in 2023.

The new model will be built in Turkey, at the same factory as a new medium van from Volkswagen – which comes as a result of the production agreement between the two manufacturers. Ford has also announced that diesel engines for the next Transit Custom will be made at its factory in Dagenham, Essex.

Volkswagen has unveiled a new Sportline variant of the Transporter T6.1. The new trim level is available in short or long wheelbase versions, and as a panel van or Kombi. Compared with the regular Transporter, it features sporty styling details including a red contrast front grille strip, a new front bumper, a new rear spoiler, illuminated side bars and 18in alloy wheels, while the van’s suspension has been lowered by 30mm. Inside, there’s leather and suede trim with honeycomb stitching.

The Sportline range is powered by the most powerful engine in the existing Transporter range, a 2.0-litre, 204hp diesel, with seven-speed DSG automatic transmission.

Nissan has unveiled an updated version of its NV300 Combi. The passenger-carrying van boasts exterior styling changes such as a new grille, LED headlights and 17in alloy wheels, while inside there’s a new dashboard and increased storage.