With several pick-up models leaving the sector the brands left behind are anticipating growth. 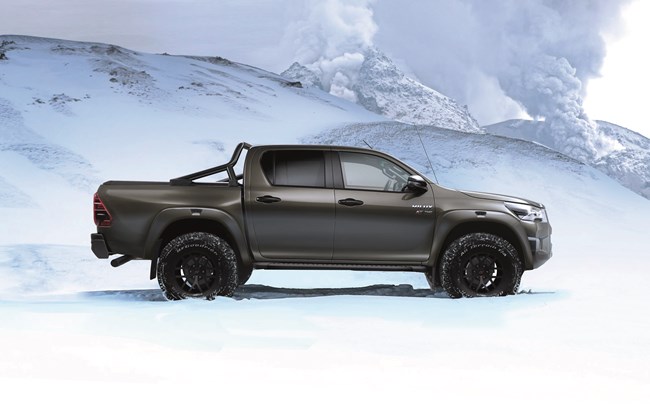 The light commercial vehicle market continued its strong recovery in May with 29,354 registrations – a record total for the month, according to the Society of Motor Manufacturers and Traders (SMMT).

The UK’s biggest-selling pick-up, the Ford Ranger, was the seventh top-selling LCV in May (1,362) and number five in the year-to-date figures (8,054).

Aside from topsy-turvy sales figures, the pick-up sector has been notable for the number of models heading towards the exit door in the past year or so with the Mitsubishi L200, Nissan Navara, Fiat Fullback, Mercedes X-Class and Volkswagen Amarok all taking their leave, although the Amarok is set to return in a different guise next year when it will be based on the Ford Ranger as part of the product collaboration between the two brands.

Alongside the Ranger, the other pick-ups looking to cash in on a suddenly less crowded marketplace are the heavily facelifted Toyota Hilux, the new Isuzu D-Max and the Ssangyong Musso.

Legendary 4x4 brand Land Rover will also be confident about making positive progress with the new commercial variant of its Defender, the Hard Top, after withdrawing its predecessor five years ago.

Earlier this year Toyota introduced the AT35 version of its new Hilux pick-up (pictured), converted by off-road specialists Arctic Trucks. Based on the 2.8-litre Invincible X double-cab model, the AT35’s ground clearance is increased by 65mm and approach and departure angles by 9º and 3º, respectively.

The vehicle’s frame, inner arches and bodywork have been re-engineered, and 17in Arctic Trucks alloy wheels with 35in BF Goodrich KO2 all-terrain tyres have been fitted. An updated Arctic Trucks Bilstein performance suspension system featuring front springs and dampers, anti-roll bar adjustment and rear dampers with extended shackles has been fitted, producing an extra 40mm of front and 20mm of rear suspension lift. The front and rear differentials have also been re-geared with the aim of optimising torque and drivability.

In addition, the truck gets a rear height bar with an integrated 2in receiver hitch, designed for quick and easy deployment of tow balls, winches, steps, gear carriers or other accessories.

Pick-up and 4x4 accessories manufacturer Truckman has produced a range of hard-top covers for both the Hilux and the D-Max. Truckman has also introduced a new Mountain Top Evo-M roller tonneau cover. The corrosion-resistant cover features a concealed handle that can only be accessed once the pick-up truck’s tailgate has been unlocked and opened.

Truckman claims the cover’s interlocking slats are knife-proof and near impossible to force apart to provide further load security.

A six-point integrated water management system keeps the contents of the truck bed dry and can drain up to 40 litres of water per minute, according to Truckman, and the cover’s ClickTech system allows the moving part of the cover to be removed to enable easy maintenance or to carry bulky loads.  Available for double cab editions of the Ford Ranger Mk5-7, Isuzu D-Max Mk6, Mitsubishi L200 Mk9 and Toyota Hilux Mk8–9 prices start from £1,247 (excluding VAT).

Truckman has also launched a new non-stick, five-piece Sportguard bedliner for pick-up trucks manufactured from heavy-duty rubber. It claims the bedliner’s low-profile ribbed surface enhances the stability of items in the truck bed and provides comfort for user’s knees when climbing in and out of the truck bed to retrieve cargo. Sportguard is priced from £200 (excluding VAT).