Pick-up sales have been hit hard by component shortages, but the 4x4 sector is making a comeback. 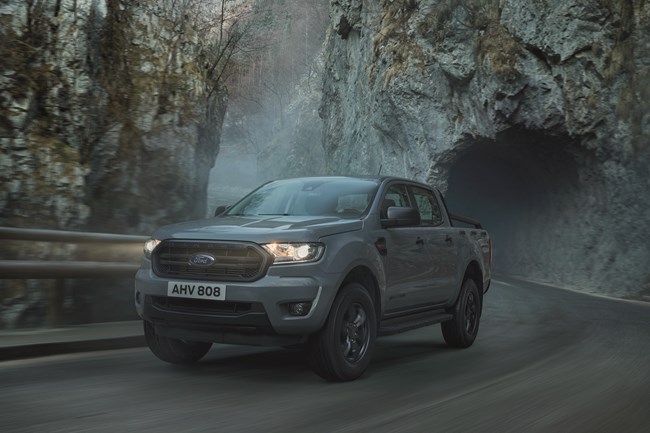 The ongoing shortfall in the supply of semi-conductors hit hard across the light commercial vehicle market in September, and the pick-up sector was no exception.

Sales were almost slashed in half year-on-year to 4,478, according to the Society of Motor Manufacturer and Traders, which was a grim result in the usually buoyant plate-change month. Over the first three-quarters of the year, however, pick-up registrations were up 18.6% to 34,266, but this figure has to be compared with the Covid-ravaged market of 2020.

The UK’s top-selling pick-up truck, the Ford Ranger, was the fifth best-selling LCV in both September and the first nine months of 2021, during which its 14,855 registrations accounted for more than 40% of all pick-up sales.

Only the tiny 4x4 sector recorded an increase in September, leaping 113.6% to 455 units. However, even this increase paled next to the 215.6% surge in the year-to-date to 3,415. With the launch of a new Land Rover Defender Hard Top in January and the more recent arrival of Suzuki’s Jimny LCV, the 4x4 sector is undergoing something of a renaissance. The dinky Jimny boasts a load area of under 0.9m3 and a payload of just 150kg. It can tow 1,300kg. A 1.5l petrol engine produces 101hp, and 130Nm of torque. It drives the wheels through a five-speed manual gearbox. The Jimny features selectable four-wheel drive, and selectable low-range transmission. Combined fuel economy is 36.7mpg on the WLTP cycle and CO2 emissions are 173g/km. It is priced at £16,796, excluding VAT.

Also in the 4x4 sector, Dacia has unveiled an updated version of its Duster Commercial. The car-derived van is based on the recently-facelifted Duster SUV, with new-look daytime-running lights, a front grille and updated alloy wheel designs. The Commercial is created by removing the car’s rear seats and installing a flat wooden load floor, covered with a hard-wearing surface. The Duster Commercial offers a load volume of 1.6m3, with a bay length of 1,792mm, a load width of 1,247mm, and floor-to-ceiling height of up to 917mm depending on spec. Maximum payload is up to 503kg.

Engine options are 90hp, 130hp, and 150hp petrols, and a 115hp diesel. The petrol engines come with front-wheel drive, while the diesel comes with either front-wheel drive or four-wheel drive. Returning to the pick-up sector, Ssangyong’s updated Musso arrived in UK showrooms in September. To boost its progress, Ssangyong Motors UK has named Clive Messenger as its new sales director. Messenger previously worked for Mitsubishi UK, importer of the L200 pick-up, which has now ceased trading in the UK.

Like Ssangyong, Isuzu with its D-Max is aiming to cash in on the withdrawal of the L200 from the market, and International Motors, which is Isuzu’s UK importer, has announced it has completed its takeover of Mitsubishi UK’s aftersales business.

The Mitsubishi aftersales business will operate independently within International Motors’s parent company, IM Group, staffed by existing employees, and headed by Toby Marshall, who has been a director at Mitsubishi Motors in the UK for over 12 years.