Supply shortages have hit the sector hard but a raft of new models are in the pipeline. 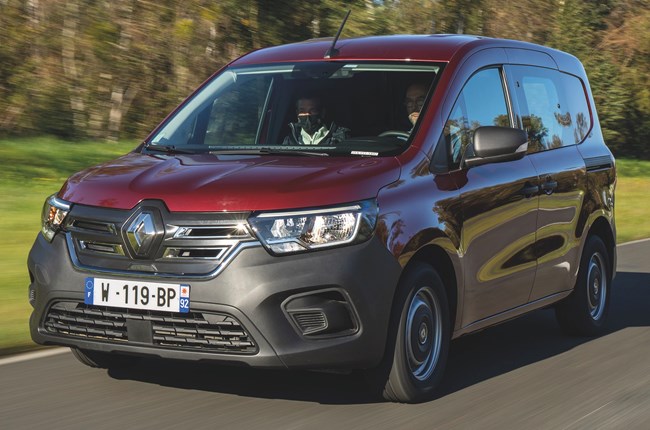 Supply and delivery shortages continued to hit the new van market in the plate-change month of March and the sectors covering compact vans did not escape the impact.

The Citroën Berlingo was the UK’s best-selling compact van in March with 1,671 registrations and the sixth best seller overall, ahead of its Stellantis stablemate the Peugeot Partner (1,285), which was the ninth top selling LCV overall.

The Berlingo and Partner were also the UK’s most popular compact vans in the first quarter of this year, continuing the trend established in 2021 when they outsold the Ford Transit Connect, Vauxhall Combo and Volkswagen Caddy.

A significant departure from the compact van sector during the first quarter of 2022 was the car-derived Fiesta Van, which Ford withdrew in February as a result of it having halted production of the three-door derivative of the Fiesta passenger car, on which the commercial version was based. The Fiesta Van was powered by Ford’s 1.0L 125hp petrol EcoBoost engine and was also available with the 1.5L TDCi diesel engine with 120hp until 2020.

In the sub-2.0t sector Ford is now represented solely by the Transit Courier. Moving one step up the weight scale and the manufacturer will continue to market the current Connect compact van until the final quarter of 2023 when it will replace it with a model produced in conjunction with Volkswagen Commercial Vehicles, as a result of the collaboration between the companies. The new van is likely to be based on the next generation Caddy, as VW is taking the lead on small vans in the joint project deal.

Eagerly anticipated this year is the imminent arrival of Renault’s new Kangoo, along with the Mercedes Citan and Nissan Townstar, which piggyback its platform.

The Kangoo and the Citan were the first of the trio to break cover and were named joint winners of the International Van of the Year 2022 just before the end of last year.

The Kangoo and Citan are expected to come to market with a choice of petrol and diesel engines and as pure electric models. In the case of the Kangoo, this will be named E-Tech rather than retaining the current Kangoo Z.E moniker.

Nissan has said its Townstar will be available with petrol and electric powertrains, but not diesel.

The electric Kangoo comes with a 45kWh battery and a 90kW (121hp) motor, giving it a claimed WLTP range of up to 186 miles. The Kangoo’s 1.5 Blue dCi diesel engine is expected to be available with outputs of 75, 95 and 115hp. The smallest powertrain comes with six-speed manual transmission while the larger pair can also be married to a seven-speed automatic EDC gearbox. The 1.3 TCE PF petrol engine is set to be offered in 100hp with the manual ‘box and in 130hp with either the manual or auto ‘box.