Supply problems continue but several new models are lining up to join the sector. 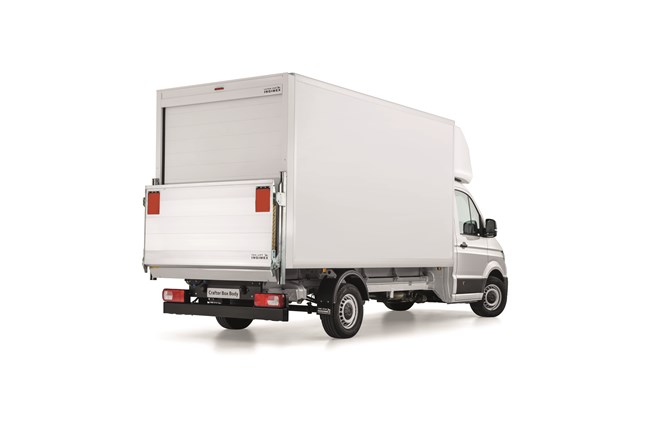 Supply shortages of key components continued to plague the new van market in May and large vans did not escape.

In product news, Toyota has announced it is to enter the large van sector in 2024, which will mean it is then represented in all the major market segments.

Like the brand’s compact and medium vans, the Proace City and Proace, the new large van will be produced on a Stellantis platform, so will share its DNA with the Citroen Relay, Peugeot Boxer, Fiat Professional Ducato and Vauxhall Movano. Both diesel and electric versions of the new model are expected to be available initially.

Meanwhile, Maxus displayed five conversion examples of its large eDeliver 9 electric van at the Commercial Vehicle Show in May; a long-wheelbase crew van, a Tesco delivery van, a low-loader Luton, a 14-seat minibus and a specialist welfare van.

Volkswagen Commercial Vehicles has made the Luton-bodied version of its Crafter van available with a Palfinger tail lift. The new off-the-shelf model, priced from £45,690 excluding VAT, means customers no longer need to option the tail lift. Part of VW’s Engineered to Go conversion scheme, the Crafter Luton is based on the chassis cab version of the van. The Palfinger V500LQ tail lift provides 500kg of lifting capacity on an aluminium load platform. The column lift is operated via dual controls on both the interior and exterior.

Vauxhall has upgraded its electric Movano-e van with the installation of a larger battery. The new 75kWh battery is said to provide up to 15 more miles of range on a single charge than the outgoing 70kWh battery, with the model now having a range of 154 miles on the official WLTP cycle. In addition, Vauxhall says technical improvements to the vehicle’s architecture have allowed for improved charging times, with a 0-80% charge from a 22kW AC charger now taking four hours rather than eight.

Last but not least, Ford is now shipping the first of its new electric E-Transit vans to customers. Production versions of the van begun rolling out of Ford’s Otosan factory in Turkey in April, with more than 5,000 customer orders already received. The E-Transit arrives following a wide programme of customer pilots with 60 pre-production vehicles. Delivery giant DPD has announced a deal to add 1,000 electric Ford E-Transit vans to its fleet in 3.5t, 135kWh, long-wheelbase spec. The vans will operate from depots across the UK, and began joining the fleet in May.