Supply shortages continue to frustrate buyers but plenty of new product is lining up to satisfy demand. 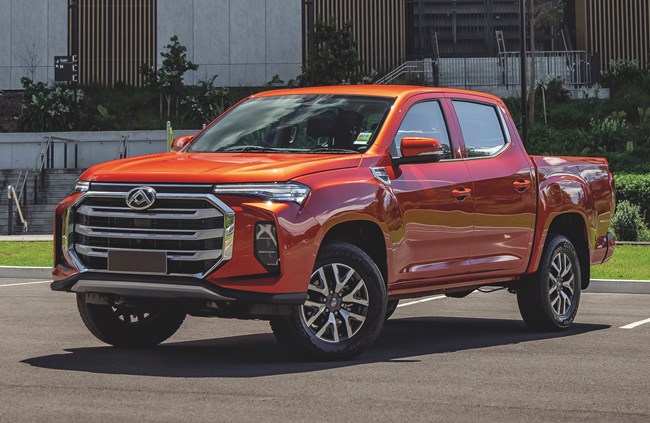 Supply shortages continued to dog the new LCV market in June, dragging down sales for the sixth month in a row.

The UK’s most popular pick-up truck, the Ford Ranger, was the fifth best-selling LCV overall in both June, when 1,319 examples found homes, and in the first six months of the year, with sales of 7,692.

Despite the tough market conditions, there is plenty of activity on the product front.

Maxus provided one of the highlights of the CV Show in May with the unveiling of the T90EV, set to be the first electric pick-up truck to come to market in the UK. The first T90EV, which will launch in the first quarter of 2023, is rear-wheel drive but Harris Maxus (the importer for the UK and Ireland) says a four-wheel drive model will follow in 2024.

Ford has opened orders for the range-topping Raptor version of its new-generation Ranger pick-up, which will be the first of the new model line-up to come to the UK.

Isuzu’s Arctic Trucks AT35 version of its D-Max pick-up went on sale in May. Developed for extreme off-roading, the AT35 features Bilstein performance suspension, giving it a ground clearance increase of 50mm compared with the standard D-Max. Based on the D-Max V-Cross, the AT35 is priced £47,999 for an AT35 with a manual gearbox, rising to £49,499 for the auto.

SsangYong has increased the power output of its updated Musso pick-up, which it introduced in September 2021.The Musso’s 2.2L e-XDi220 diesel engine now produces 201hp, a 20hp boost on the 181hp that was originally on tap.

The Musso comes in four versions, the entry-level EX, mid-grade Rebel, flagship Saracen plus the long-wheelbase-only Rhino. The EX has a six-speed manual gearbox but all the others get a six-speed automatic transmission, a decision that SsangYong Motor UK, the Korean brand’s importer, says it took to match customer demand.

Volkswagen’s second generation Amarok pick-up truck, which is based on the Ford Ranger, will come to the UK in February 2023 as a single-cab as well as a double-cab. It will be offered in five specification grades: Amarok, Life, Style and two flagship versions – PanAmericana and Aventura. Engines will include three 2L turbocharged diesels and one 3L TDI V6.

Moving away from pick-ups, Ineos Automotive showcased its Grenadier 4x4 off-roader at the CV Show. On sale from May, prices start at £40,833, excluding VAT for the two-seater Utility Wagon.

The Grenadier is powered by a choice of BMW 3L straight six turbo petrol or twin-turbo diesel engines, which both come mated to eight-speed automatic transmission. The petrol version has a payload of 856kg while the diesel can carry a weight of 776kg. Both models can take an extra 150kg on the roof and have a towing capacity of up to 3.5t.