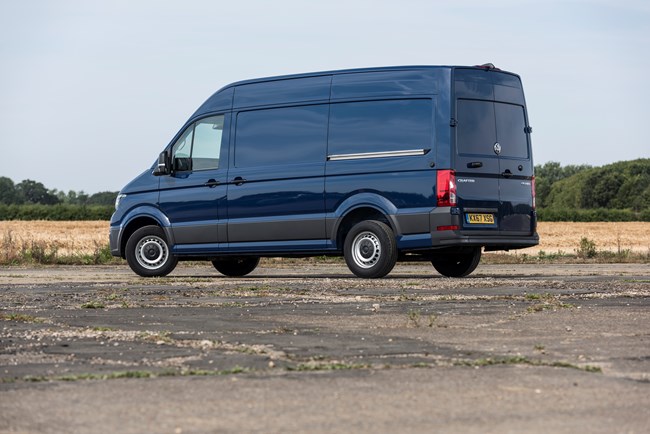 The VW Crafter was the best-performing van tested

Large differences exist in the amount of NOx emissions produced by vans, even if they meet the latest Euro 6 standard, according to on-road tests carried out by the AIR Alliance on a selection of diesel Euro 6 models.

The tests were conducted for the AIR Index – an international, independent and standardised rating system that is claimed to reveal how much pollution vehicles produce when used in towns and cities.

A grade from A to E is allocated to each vehicle tested to show how clean or dirty it is.

According to AIR, the 2019 Volkswagen Crafter CR35 LWB High Roof 2.0-litre was rated A as it emitted 53mg/km of NOx, 72mg less than the large-van laboratory-based legal limit of 125mg/km.

In contrast, AIR says the 2019 Mercedes Citan 109 Blue Dualiner 1.5-litre has received an E rating, for emitting 902mg/km of NOx, more than 8 times the light-van laboratory-based legal limit of 105mg/km.

AIR co-founder and operations director Massimo Fedeli said: “As the AIR Index revealed when we tested the real-world NOx emissions of passenger cars, there is a shocking variation in actual emissions compared with the official results based on laboratory tests.

“AIR is calling on cities to supplement the use of Euro 6 standards for low emission zone entry – such as London’s own ULEZ – with the AIR Index database of real-world emissions results, to identify the dirtiest vans, which are otherwise slipping through the net.

“By doing so, we believe the AIR Index could very quickly bring most European cities in line with air quality targets.”

“The 10 Euro 6 diesel vans we tested represent just under half of the annual sales across Europe. If just those rated D or E were prevented from entering the centre of urban areas the AIR Index could bring all European cities into air quality compliance.

“But the ultimate responsibility to implement change lies with the manufacturers. With simple service-led engine management updates, it is possible to make vans much cleaner, dramatically reducing emissions immediately.”