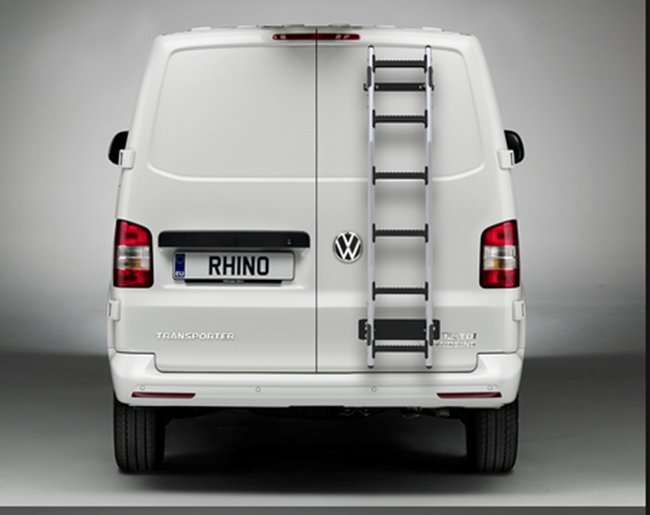 First up is an aluminium van door ladder, which will replace the firm’s Rhino Rear Door Ladder when it goes on sale later this year.

Rhino claims the use of clear anodised aluminium side rails and glass filled nylon rungs deliver weight savings of 50% compared to the previous ladder. The Aluminium Ladder is available in six, seven and eight rung configurations.

Rhino also revealed PipeTube Pro, the first major update of its PipeTube since its launch in 2005. The new product comes with a full-length PVC lining that protects materials such as copper pipes against the oxidisation process. New nose cones offer better aerodynamism and improved security due to the locking system being housed within the interior of the product and an O-ring seal protects against water getting into the storage system.