CV Show: The best of the rest 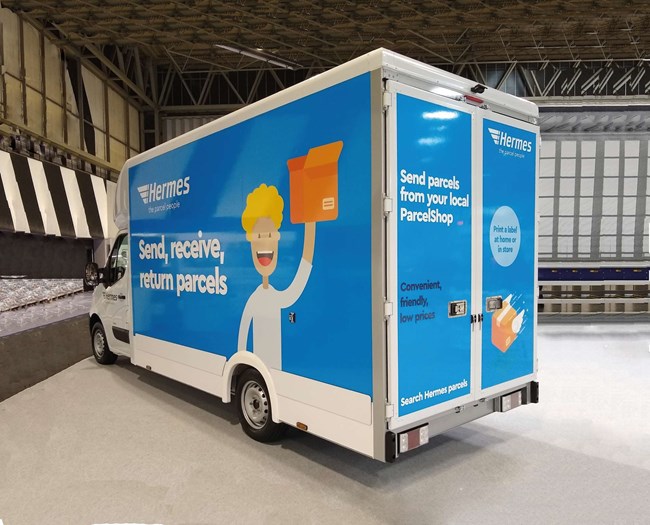 Big-capacity dry-freight bodies on 3.5t chassis and chassis platforms with a low entry height were a common sight at the NEC in Birmingham.

Cartwright displayed one of the 244 parcel vans it has recently built for Hermes (pictured). Based on a Vauxhall Movano platform cab, the exhibit offered a 22m3 load area, a payload capacity of 1.2t and a body that used Cartwright’s own composite honeycomb core sandwich panels.

Maxi-Low exhibited the Slimbo with a body held together by strong adhesive, including double-sided adhesive tape that requires 20kg of pressure to bond. Bonding saves 20kg to 30kg of mechanical fixings; a useful benefit given that 3.5-tonners can be tight on payload. Able to handle over 1.3t and with a 24m3 cargo area, the Slimbo can be ordered on a Renault Master or a Vauxhall Movano platform.

Maxi-Low is moving into the fridge van market with the Iced Box. The show vehicle was based on a low-height Mercedes-Benz Sprinter chassis, but the Iced Box can be based on a Master or Movano platform instead. The Load cube is up to 20m3 while payload varies at around 1.26-1.3t.

Not to be outdone, Maxi-Low rival MaxiMover showcased its PolarMax. Using Peugeot Boxer running gear married to an AL-KO chassis, and fitted with a GAH fridge unit, it can haul up to 1.3t.