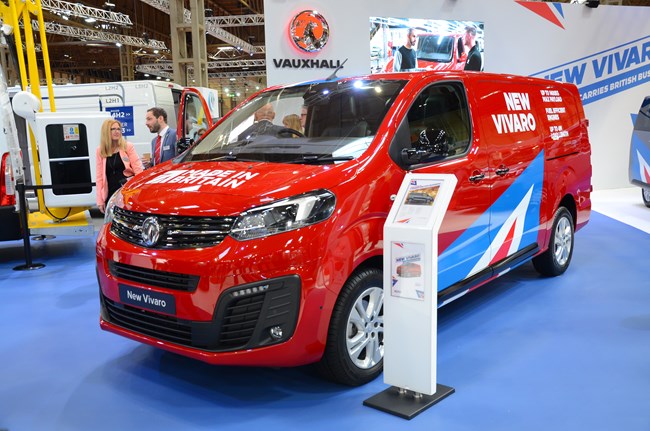 Vauxhall is hoping improved efficiency can help its new Vivaro win over buyers.

The van made its debut at the CV Show, and is set to arrive in dealers in late summer.

Also available is the FlexCargo system, allowing longer items to be loaded through the cabin.

Vauxhall says that compared with the outgoing model, the new Vivaro will offer a 16% improvement in efficiency figures, but that this doesn’t account for the introduction of the new, tougher WLTP testing regime, meaning that the real-world improvement is likely to be even greater.

It expects this improvement to win over cost-conscious fleets.

Vauxhall LCV director Derek Wilson told What Van?: “Looking at whole life costs isn’t something new, but every year you probably get an increasing number of buyers doing the sums, so every year it becomes more and more important.”

Vauxhall is confident about the prospects for a fully electric version of the Vivaro, set to arrive in around 12 months time.

Vauxhall LCV product manager Brad Miller said: “As much as we’re excited about Vivaro today, we’re looking forward to the BEV Vivaro because the opportunity for that is significant.”

Wilson added: “A lot of customers here and I expect a lot in future will be continuing to talk to us about electrification, because regardless of your views on if it’s right for the environment it makes sense on the numbers for fleets.”

According to Miller, the argument for electrification for van fleets is more straightforward than it is for cars.

He said: “When it comes to cars it’s a more complicated decision. For CVs the payback can be quite quick, especially in a city with fiscal penalties [for emissions]. It’s a much more black and white decision.”

Miller added that Vauxhall has seen a strong start to the year in LCV sales, up 28%, attributed entirely to the new Combo.

He also confirmed that despite a new Corsa car being on the way, there will not be a new Corsavan, with issues including its five-door-only design making it unsuitable for conversion, and underwhelming sales in overseas markets.