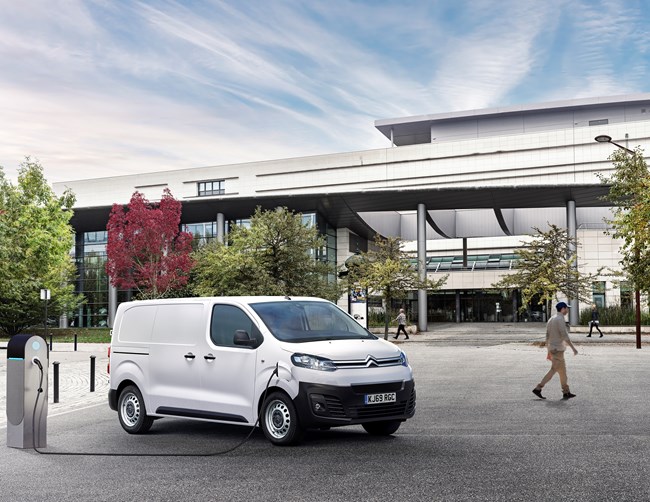 Citroen has announced that an electric version of its Dispatch medium van will go on sale next year.

It will be available with two different battery sizes – a 50kWh battery, which will provide a driving range of 124 miles, and a 75kWh battery, good for a 186 mile range.

Exact specifications are yet to be confirmed, but Citroen claims the electric Dispatch will have a similar payload to the existing diesel-powered range, and will offer reduced whole-life costs.

The electric Dispatch will follow hot on the heels of an electric version of Citroen’s Relay large van, set to be launched early next year.

An electric version of the Berlingo light van will then follow by 2021, meaning Citroen’s entire van range will be available with battery power.

It’s part of Citroen’s plan to have electrified versions of all the vehicles it sells, including cars, available by 2025.

Prices for the electric Dispatch are yet to be announced.