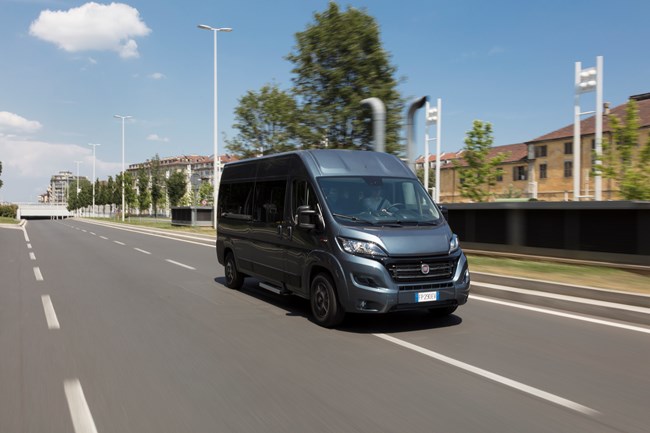 Fiat Professional is introducing fully automatic transmission to its facelifted Ducato large van with the aim of breaking into the supermarket delivery market.

The brand’s UK boss Richard Chamberlain said: “It allows us to talk to more customers,” and added that taking clutch wear and tear out of the equation on delivery work involving frequent stop starts would make the automatic Ducato “more durable for supermarkets”.

Fiat has identified the explosion in online shopping as the main driver for growth in large van sales and says 30% of Ducatos sold across Europe are already engaged in delivery work. The manufacturer says the old dual-clutch semi-auto transmission took 15% of sales.

In the UK automatic versions of models such as the Mercedes Sprinter and Iveco Daily currently dominate supermarket delivery fleets.

The new nine-speed automatic gearbox is available with the 160 and 180hp engines now (July) and will be added to the 120 and 140hp versions in September. It comes with three modes: Normal, Power and Eco, which the driver can select to best suit driving conditions and the performance required for the load on board.

A new seven-inch infotainment and navigation touchscreen will join the range in September as will three safety features: Blind Spot Assist, which monitors the areas directly alongside and behind the van that the driver can’t see, alerting them to the presence of cyclists, for example, Rear Cross Path Detection, which warns when vehicles, people or objects cross behind the van when it’s reversing, and Full Brake Control, which applies the brakes if a collision is imminent.

Fiat has changed the Ducato’s nose to give the van a ‘sportier’ look with a new grille and skid plate but has also moved to improve ‘repairability’ with headlamps that it says are better protected and easier to replace and a three-piece bumper, so that only the damaged section needs to be replaced rather than the whole component.

The facelifted Ducato comes in three heights, six lengths, with load volumes spanning from 8m3 to 17m3, a maximum payload of 2.1-tonnes and rear axle capable of  supporting 2,500kg. It is available in four trims, Base, SX, Tecnico and Sportivo and will be offered as a panel van, glazed and semi-glazed van and as chassis and cowl cabs. Fiat claims 1,000 bodies and 10,000 derivatives will be up for grabs, prices excluding VAT start at £24,670.