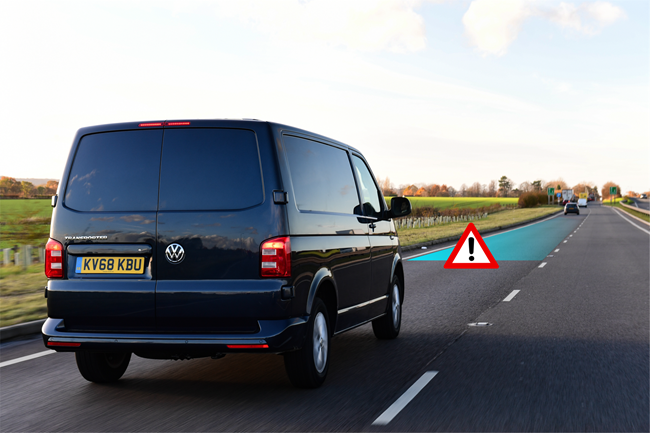 Tailgating is one of the most common cause of van accidents on the UK’s roads, according to Volkswagen Commercial Vehicles.

Citing figures from the Department for Transport (DfT), VW said “following too close” to the vehicle in front causes 10 injuries a week to LCV occupants through triggering collisions.

The DfT says tailgating causes more than 4,000 incidents a year, 8% of which involve commercial vehicles.

The manufacturer points out tailgating ranks ahead of speeding, drink driving and poor weather conditions when it comes to causing accidents involving vans and only ranks as less dangerous than drivers failing to check the road properly to correctly judge the speed of other vehicles.

VW says 55% of tailgating accidents involving vans occur on A roads and warned: “Drivers found guilty of tailgating face a £100 fine and three penalty points. In the worst cases, tailgating can result in a driving ban or even a prison sentence if a serious collision occurs as a result.”

The manufacturer adds that these accidents also force vans off road, leading to downtime and costly repairs.

VW urged drivers to follow the “two second rule” (by staying at least two seconds behind the vehicle in front) and advised operators to invest in adaptive cruise control, which automatically maintains a safe distance between the vehicle and the traffic ahead.