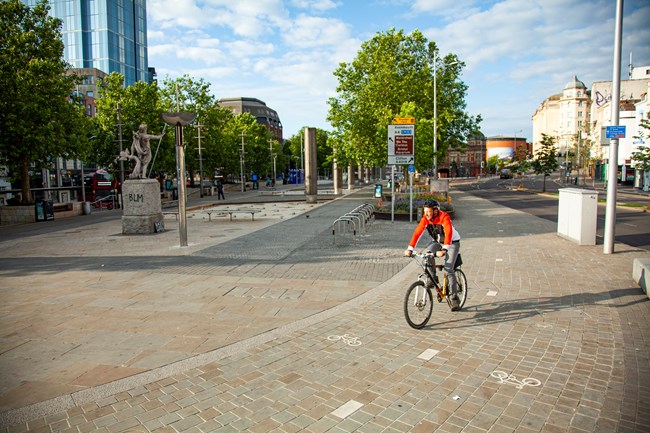 Bristol City Council has said it is looking at alternatives to its planned clean air zone, due to recent improvements in air quality.

As one of the UK cities required by the government to address high levels of pollution, Bristol had been planning a clean air zone which would see non-Euro 6-compliant diesel commercial vehicles, including vans, charged to enter, along with a smaller zone banning private diesel vehicles completely between 7am and 3pm.

The smaller ban zone has now been scrapped, and the council says it is considering whether the wider zone, due to come in by March 2021, could be replaced with an alternative that does not involve charging or banning certain vehicles.

If this is not possible, a smaller charging zone could instead be introduced.

The council says that pollution levels dropped significantly during the coronavirus lockdown, and that while traffic levels are now increasing, city centre pollution remains relatively low, which it partly attributes to changes in lifestyle, work and travel behaviours.

Mayor of Bristol Marvin Rees said: “Our plans have always been about cleaning up our air in the fastest possible time and not being anchored to one method. We must be flexible in our approach and work together to get this right as a city.

“Everyone has a role to play in reducing air pollution and if we all rise to the challenge, we can avoid bringing in costly measures.

“We will continue to do the work needed for the charging options we’ve already been developing. It is right that we explore new opportunities in line with the dramatic changes in our lifestyles, travel and income that residents and small businesses experienced following lockdown.