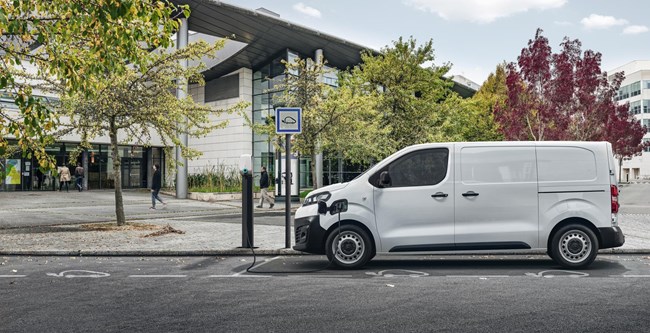 Citroën has announced details of its fully-electric medium van, the ë-Dispatch.

Like the technically identical Peugeot e-Expert and Vauxhall Vivaro-e from the PSA stable, it will offer a choice of two battery sizes, for a range of 143 or 205 miles.

Two battery sizes are available with the plug-in Dispatch range. The XS body style gets a 50kWh battery for a range of 143 miles on the WLTP cycle. The M body style can be optioned with either the standard battery, or a larger 75kWh battery, for 205 miles of range. The XL body style is always fitted with the larger battery.

Regardless of the battery size, the van can be rapid charged at 100kW. This means the 50kWh battery can be charged to 80% in 30 minutes, rising to 45 minutes for the 75kWh battery.

The van can also be charged from a wallbox or a domestic socket. However, the cable for a domestic socket needs to be purchased as an accessory and to take advantage of faster triphase wallbox charging capability, buyers will need to tick the option box for the 11kW on-board charger. As standard, the ë-Dispatch can only charge at 7.4kW from a wallbox.

All ë-Dispatch versions have a 136hp motor with 260Nm of torque. This gives a top speed of 80mph in all drive modes.

The load volume is identical to the diesel versions, ranging from 4.6m3 to 6.6m3, depending on the version. The payload is 1,000kg as standard, but increased payload versions are available for vans with the 50kWh battery pack. In those cases, the payload increases to 1,275kg. The van is 1.90m tall and the width between the wheel arches is 1.25m. All versions can tow up to 1.0-tonne.