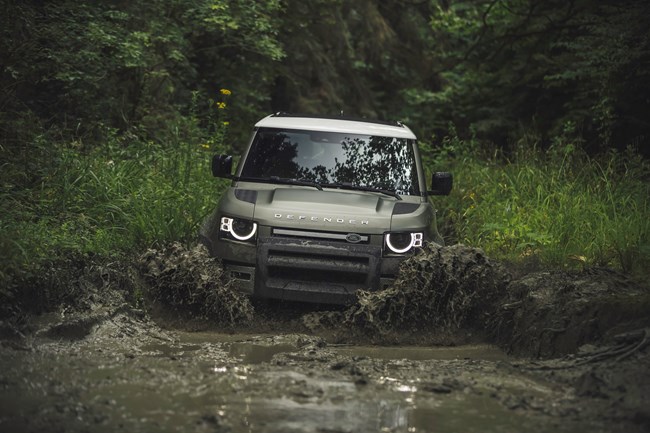 The short-wheelbase Land Rover Defender 90 Commercial will go on sale later this year with a price tag, excluding VAT, starting from £35,000.

The Defender is currently offered with a choice of four powertrains: a 2.0-litre diesel with 200 or 240hp, and two petrol engines – a 2.0-litre and a 3.0-litre. The Commercial is likely to only be available with the diesels, though, as there is very little demand for petrol-powered LCVs.

Whichever engine you choose, it comes paired to an automatic gearbox and four-wheel drive.

The rugged old defender was a popular choice for conversions such as cherry pickers and since it went off sale in 2016, other manufacturers such as Isuzu and Mitsubishi have taken up that slack with their pick-ups.

The new Defender is unlikely to retake that market, as it is a lot more expensive and more luxurious than both the old Defender and most of the pick-ups that businesses have switched to.

The new Defender can tow up to 3,500kg and is available with features to assist with towing and manoeuvring trailers. In combination with the powerful engines on offer, it should prove popular with customers needing a vehicle for towing.

The passenger version is already rated for a payload of 900kg and up to 300kg static roof load, and those numbers are unlikely to decrease for the upcoming Commercial model.

Although Land Rover has only so far announced the Defender Commercial as the short-wheelbase, three-door 90, it is not inconceivable that it will later launch a Commercial version of the five-door 110. However, Land Rover also markets the Discovery Commercial and a Defender 110 Commercial might cannibalise Discovery sales.

A 130 model, with a longer rear overhang and seven seats in the passenger version could also be introduced later as a crew van Commercial model, although the same caveat would apply as with the 110.