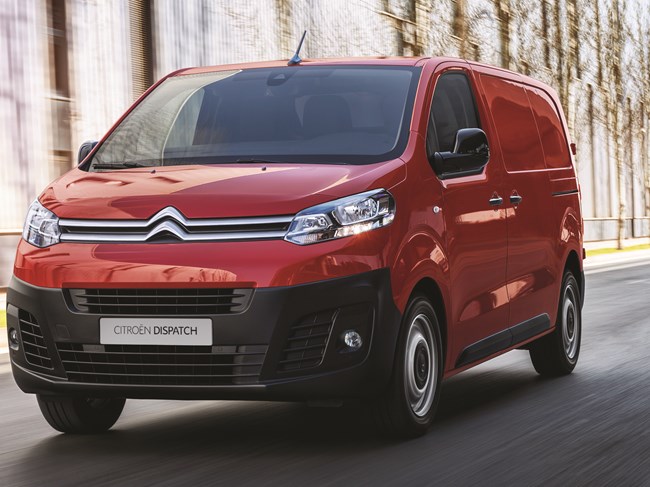 Citroen's Dispatch is being assembled at Vauxhall's plant in Luton

Peugeot Expert and Citroen Dispatch vans are now being assembled at Vauxhall's Luton plant alongside Vauxhall's own Vivaro. The three models share the same basic design, and all three brands are owned by PSA Group.

Peugeots have not been produced on this side of the Channel since the French manufacturer shut its Ryton, Coventry factory in 2006. The last Citroens to be built in the UK rolled out of the company's plant in Slough as long ago as 1965.

Building Experts and Dispatches as well as Vivaros will go some way towards helping it achieve its target.

Pressings for the trio are at present shipped over from France, but will be produced in Luton in a few months' time, says Vauxhall. The manufacturer was unwilling to disclose the production split between the three models, or to say whether Toyota's Proace, which shares their design, will be made in Luton too.