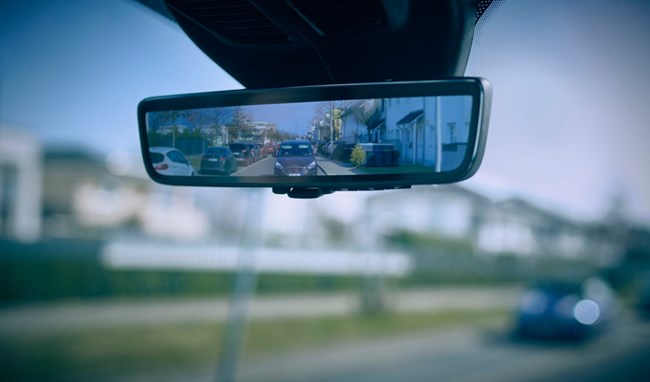 Ford has launched a new smart mirror system for its Transit and Transit Custom vans, replacing the traditional central rear-view mirror with an HD screen.

The Full Display Interior Mirror system displays a live feed from a camera at the rear of the van, allowing the driver to see what is behind even when windowless rear doors or partitions are in the way.

Ford says the screen’s panoramic view also means a field of view that is twice as wide as with a traditional mirror.

The mirror, said to cost close to £675, is available for Transit and Transit Custom vans fitted with windowless rear doors.