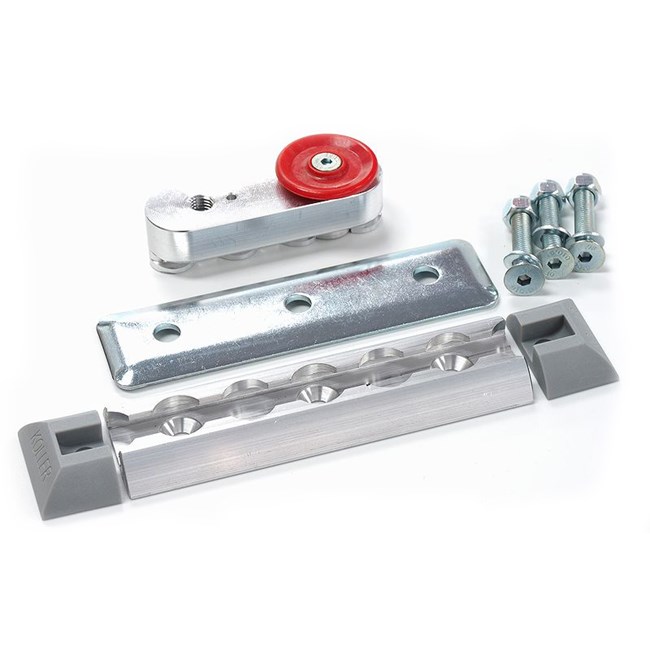 New load securing kits designed for use with vans and pick-ups have been launched by Koller Engineering.

It says the kits contain everything required for versatile load securement in vehicles where load securing straps are used.

Each kit comes with different fitting configurations. The Anchor Plate – 4 Stud is compatible with four stud rail clips, and fittings including underfloor spreader plates for increased strength. It has a breaking force of 2500kgf and lashing capacity of 1250daN.

The Anchor Plate – Double Stud works with double stud fittings, and has a breaking force of 2300kgf and lashing capacity of 1150daN.

The Anchor Plate – Single Stud kit is compatible with single stud fittings, and has a breaking force of 1600kgf and lashing capacity of 800daN.

Koller director Dean Koller said: “It goes without saying that unsecure loads present a danger to road users. It is important to use load securing products that will keep loads safe and have been tested for their mechanical quality and have high breaking loads.

“The design team at Koller has put together three different load securing kits all with high breaking loads and lashing capacity. Each kit contains everything required for load securement when using load tie-down straps.

“We hope the kits make it easy for people to secure objects and prevent them from moving around.”