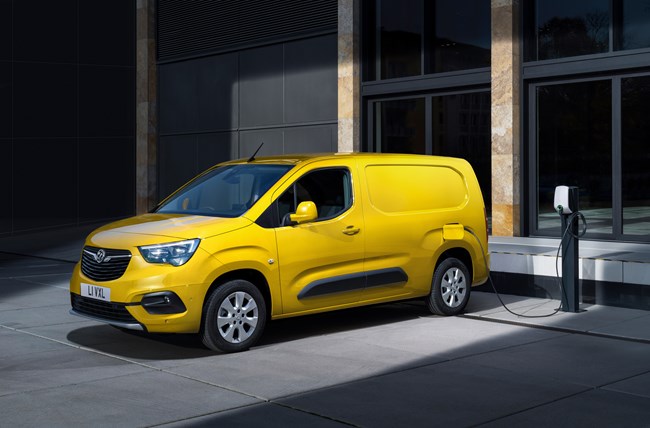 Vauxhall has unveiled the Combo-e, the new electric version of its light van.

The announcement follows the unveiling of the electric version of the Combo’s platform-sharing sister model, the Citroen Berlingo, last week.

Like the e-Berlingo, the Combo-e features a 136hp electric motor and a 50kWh battery, allowing a preliminary range of up to 171 miles on the WLTP cycle.

When connected to a 100kW rapid charger, the battery can be recharged to 80% within 30 minutes. A 7kW single-phase onboard charger will be standard, with an 11kW three-phase charger also available.

The MyVauxhall app will allow drivers to find charging stations near them, and precondition the cabin temperature, while VauxhallConnect will give them access to features such as current charge status and live navigation services.

Two vehicle lengths will be available, 4.40m and 4.75m, with both available as panel vans and the latter also available as a crew van.

The Combo-e will arrive in showrooms this autumn. Prices are yet to be announced.