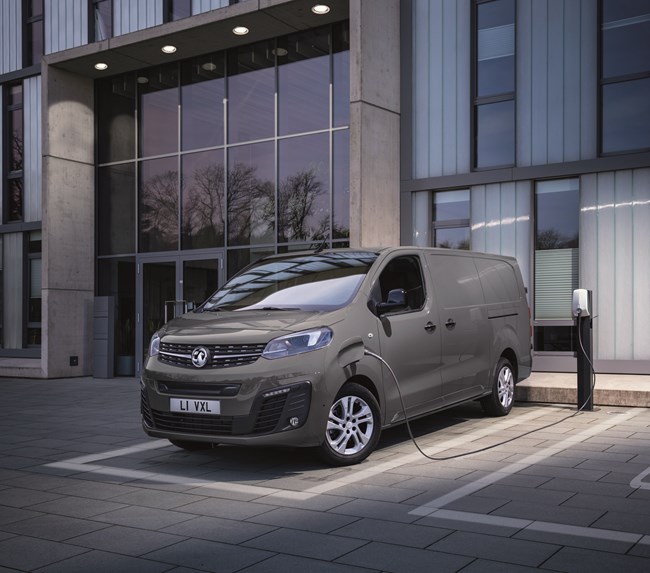 Vauxhall was one of the stars of the show at the 2021 What Van? Awards. It saw its Vivaro-e electric van take a joint win in the coveted overall Van of the Year award, as well as in the Electric Van of the Year category, while previous overall winner the Combo again jointly picked up the prize for Compact Van of the Year.

It’s difficult to think of a better case of ‘right van, right time’ than the Vivaro-e, meaning it could not be overlooked when judges debated the top prize. Its all-electric powertrain pairs a 136hp electric motor with either a 50kWh or 75kWh battery, with the latter offering a 205-mile range with a half payload on the official WLTP testing cycle.

There’s a choice of two sizes – L1H1 and L2H1 – and either Panel Van, Doublecab or Platform Cab bodystyles, while payload is up to 1,226kg, and there’s a towing capability of 1t.

Because the latest-generation Vivaro was designed from the ground up to be offered with electric power, there is no reduction in load space compared with the diesel model. This means operators don’t need to sacrifice practicality while enjoying the obvious benefits of electric van use, with imminent widespread city low emission zones and the UK Government’s looming 2030 diesel and petrol vehicle ban forcing electric options towards the mainstream.

It’s perhaps no surprise, therefore, that the Vivaro-e is already finding favour with major buyers, with British Gas having placed an order for 1,000 vans to join its fleet – the largest electric vehicle order yet from a UK commercial fleet.

As for the Combo, it’s been top of its class ever since it burst on to the scene with the What Van? LCV of the Year award in 2019. The model continues to win praise for its fuel efficiency, and high standards of design, equipment, and build quality. There’s a range of diesel and petrol engines, manual and automatic gearboxes, and different vehicle lengths to choose from, while its versatility was also boosted by the addition of a 4x4 conversion to the range last year.

“The Vivaro-e is a true game-changer and we are delighted it has been recognised as What Van? Van of the Year and Electric Van of the Year,” said Richard Hughes, Vauxhall’s quality and LCV director.

“Vivaro-e showcases not only the LCV sector’s rapid embracing of new and cleaner powertrains, but also their real-world capabilities to businesses and private users.

‘With a fully-electric version on sale in the coming months, Combo Cargo also continues to prove itself over and over to commercial vehicle operators, offering style, practicality, comfort and efficiency.”