Ford Fleet Management is the new kid on the block in van leasing. Managing director John Wright tells What Van? why its flexible approach gives it the edge. 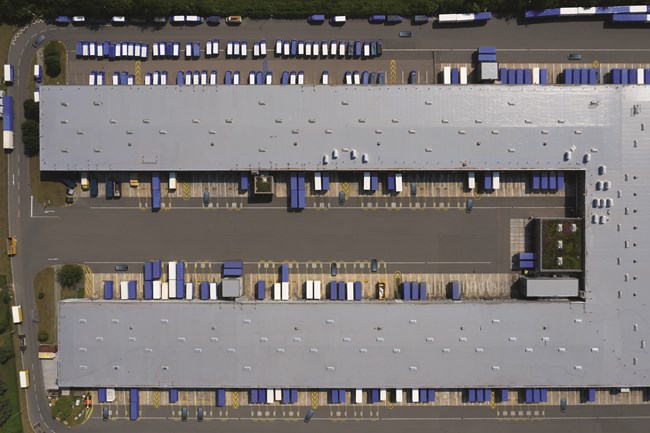 “It goes against the general narrative of the fleet world when you don’t tie people into long contracts, but it can make sense to keep things open-ended,” says John Wright, MD of Ford Fleet Management, the latest venture of Britain’s biggest-selling van manufacturer, which has topped the LCV sales charts for the past 55 years.

The company represents a tie-up between Ford and leasing giant ALD Automotive, and it began supplying vehicles and management services to the fleet sector at the beginning of this year. A self-proclaimed ‘van-centric leasing company’, it is only too happy to point you in the direction of a Transit or a Ranger, but coupling with a major leasing company means it can just as easily source vehicles from other brands.

Traditional products such as contract hire and finance lease are part of the offering – as are total cost of ownership modelling and funding analysis – but the company is aiming to carve a niche as a provider of flexible products at the short and medium-term end of the spectrum.

“The flexible leasing fleet we’ve got in place will be a key part of that, and not just for the temporary issue of supply shortages,” Wright explains. “If a customer’s business needs to scale temporarily, then we can accommodate that.

“We knew customers were looking to grow their commercial vehicle fleets – home delivery wasn’t going away, even before the pandemic – so we’re trying to move in the same way as their businesses. It’s not just the obvious ones, like parcel delivery – there’s a whole load of industries that are having to think differently about how they use their vans.”

The company’s flexible terms also allow fleets to sample vehicles for shorter periods – a few months or up to a year – so they can establish whether they suit the business before potentially committing to a longer contract. It is especially pertinent for electric vehicles; incidentally, the company also offers a complimentary EV consultancy service.

While some companies have breezed into plug-in vans, others are still exploring the practicalities of integrating them onto a fleet. That, according to Wright, is another area in which a shorter term can make sense.

“We want to do a ‘try before you buy’ approach with the E-Transit, in particular. If a van operator is thinking of going electric, they have some big decisions to make. Unlike with cars, you have to assume that drivers probably can’t charge at home, so you need to charge at the depot. It then becomes about infrastructure, so this is big-ticket expenditure that they need to really think through. They can’t just do it on a whim.

“Our proposal is they can take an E-Transit or a number of them for, say, six or 12 months, and really see how they can embed those vehicles into their business in a low-risk way.”

Along with flexibility, Ford Fleet Management is also striving to offer businesses the maximum amount of vehicle uptime. Its own fleet can be drafted in as replacements if customers find themselves in need of a van at short notice, but it is not simply a case of handing over the keys in the event of a breakdown. Part of the company’s own fleet comprises specialist LCVs (it is big on conversions) so it can closely match specific vehicles.

“We’ve added a whole load of very specialist converted vehicles, to the flex fleet – well beyond a normal Luton van type conversion,” says Wright. “Some of those vehicles will be available to customers to use as and when something goes wrong with their fleet.”

The company has also developed a proactive approach to stationing replacement vehicles at customers’ depots to minimise downtime. In such cases, the van is geo-fenced, and the user is not charged unless it moves, but they have the benefit of an immediately available replacement on site.

“We can give fleets that work with us the opportunity to decide when they call it out,” explains Wright. “If the usual van goes down in the morning, you could put the driver straight into the replacement. Off it goes, and you’ve lost maybe half an hour while you decide what to do, rather than a whole day waiting for the service department to say you need a replacement, then for a rental vehicle to turn up.”

The company is also developing a management system to soak up information from vehicles and present operators with a comprehensive analysis of their fleet. It is currently a work in progress and due at the beginning of next year, to coincide with a series of developments to Ford Telematics.

“In the six months we’ve been trading, telematics has changed a lot,” says Wright. “We’re adding huge amounts of extra functionality, so we want to make sure we can present the data to customers in the most useful way before we give them a fleet operator dashboard that will depict the ins and outs of their vehicle operation.”

In the meantime, Ford Fleet Management customers can already reap the benefits of Ford Telematics, which absorbs data from connected vehicles to monitor their condition and pre-empt scheduled servicing and repairs, which can be arranged at times to suit the fleet and the driver. Those on the move can view their vehicle’s vitals via the FordPass mobile app, and for anyone running older models without factory telematics or non-Fords, plug-in devices can be supplied to glean the same information.

“Fundamentally, Ford Fleet Management is about flexibility and tailoring bespoke packages for our customers,” says Wright. “The sales team has been sitting down with them and asking what doesn’t work rather than what does, then honing in on those issues and designing packages for them.

“It might be clichéd, but we want to help our customers’ businesses thrive, and we’re quite happy if that’s a handful of cars for a small business right through to a 1,000-vehicle national or global fleet. We can accommodate all of them but as long as we are doing what we said – tailoring solutions”.