ADVERTISEMENT FEATURE: Everything you need to know about real-world eLCV range

Possibly the biggest question on van operators’ minds when considering the switch to an electric van (eLCV) is ‘what’s the real-world range?’ 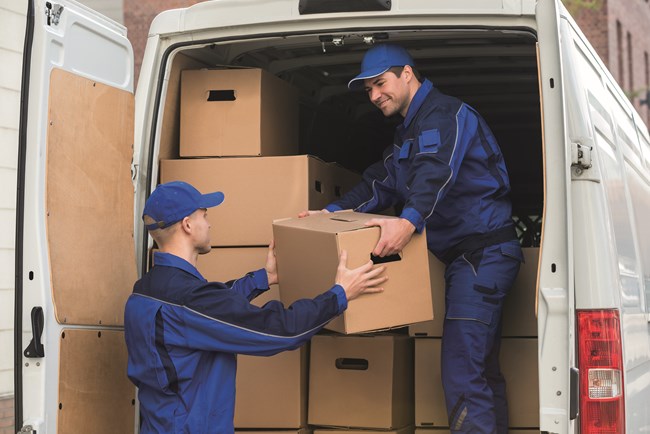 It’s not an easy one to answer for two reasons. First is that van performance – for both the combustion engine variety and those that are fully electric – varies depending on the load being carried.

The second factor is a lack of data around real-world range. There’s plenty of real-world range data available for cars as there are more on the road. But with vans this data just hasn’t been available, because while there are new models coming to the market, the number in use is still relatively small – so far.

Couple these two factors with the ever-present influences of driving style and ambient temperature and it makes a van operator’s job of calculating how an eLCV will fit into a fleet that little bit more complex.

Or at least that was the case, until now. Spotting this gap in the market and wanting to help both its customers and the wider LCV market along the journey to all-electric motoring, leading sustainable mobility provider Arval UK commissioned independent research to investigate the real-world range of eLCVs. The aim of the study, carried out at the end of 2020, was to remove range anxiety and replace it with range certainty.

With the objective to provide all the information a van operator would need when it comes to switching from diesel or petrol to electric, Arval asked world-renowned vehicle testing centre Millbrook Proving Ground to assess three types of eLCV (small, medium and large) under a host of conditions. The conditions included investigating the impact of payload, ambient temperature and driving cycle.

Armed with the real-world range data, van operators could then easily assess how
an eLCV would fit with their needs.

The scientific study looked at the variable factors in relation to the official range of electric vans with answers given as a percentage so that the findings could easily be applied to any eLCV.

It’s well known that cold temperatures impact the range of battery-powered vehicles. However, the European standard WLTP test used to calculate the official range figure for an EV is carried out at 23°C – a temperature more akin to a British summer day than, say, a cold November one.

Arval’s tests were carried out at a much more typical average of 8.2°C. At this temperature, van operators can expect an average drop of around one-third against the official range figure. And if the temperature approaches freezing, then a further smaller drop can be experienced in a ‘worst case’ scenario.

Commenting on the findings, Arval UK senior consultant David Watts said: “From a fleet operator’s perspective, understanding the base line range scenarios that will be achieved in colder conditions is extremely important to the effective adoption of eLCVs. Strategically, it’s important to plan for these ‘worst case’ reductions throughout the winter months, but you will then benefit from improved performance as the temperature warms up.”

Just like diesel vans, the type of driving has an impact on efficiency. Millbrook’s testers used the same three ‘cycles’ that are used in the WLTP test to study range for each of the van types and with three payloads: zero, 50% and 100%.

Overall, motorway speeds had the greatest impact on range – a factor that to some extent can be controlled by the driver. Across the three classes of van, the range average on the motorway cycle was 61% of the official figure. However, this only tells part of the story. The testing clearly shows load has little impact on range at motorway speed.

What’s more interesting is that if you take out the small van data, on the basis that small vans tend to be used locally, the average range at motorway speeds improves and fleets would be safe to consider a greater range – closer to 70% of the official figure.

The stop-start nature of the urban test cycle has the next most significant impact on range. At just over two-thirds of the official range figure, the average actually covers a broad spread of possible outcomes for eLCV use, with significantly different results for medium and large vans.

What’s more interesting, however, is that the rural cycle demonstrated that getting higher than the official figure was also possible with the unladen large van achieving 104%.

“Interestingly, the eLCV figures are broadly similar to the impact load has on diesel vans, which typically see a 20% increase in fuel use for a 75% payload compared with 0% load,” according to Watts. 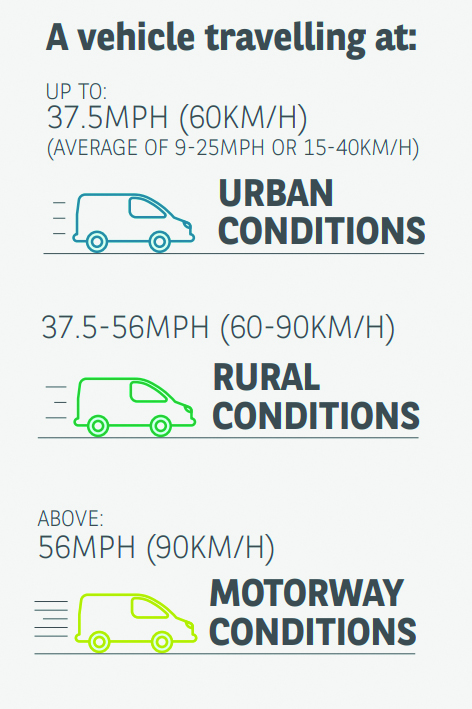 “Looking at the impact of payload at different speeds – rather than overall – shows that across all three van sizes, payload has minimal impact at higher speeds. Even at urban and rural speeds, range holds up well when load increases.”

This also highlights the need for fleets to consider their particular needs in terms of routes and payloads when picking an eLCV. A small electric van, for example, may not be as suitable for motorway use as a larger van, but it could be the ideal vehicle for urban use. Similarly, over this study the larger class of van outperformed the medium class for urban and rural use.

Commenting on the report, Watts explained: “Our real-world testing across small, medium and large electric vans – each assessed with three payload weights in typically cold weather – shows that for fleet operators to be confident that the van won’t run out of electricity on a route, a figure of around 60–70% of the official range should be used in most cases.

“Obviously there are many variables, so fleets will want to use this new data to see what their typical operations will mean for EV range. This is something that our LCV Centre of Excellence team at Arval can help with.

“There are some reassuring points that can be taken on board – namely, figures for laden eLCVs are comparable with the performance of diesel vans, faster speeds don’t necessarily reduce range and using ‘worst case’ winter performance figures should see a positive impact in warmer months.”

Banning the sale of new petrol and diesel vehicles, scheduled for 2030, has thrown into sharp relief the different needs of fleet vehicles and how eLCVs will fit in.

As this date approaches, data on real-world range will become more important so that van operators can accurately judge which eLCVs will work for their needs.

Couple this with recent tax changes, which have triggered a surge in electric vehicle interest as drivers and businesses seize the opportunity to cut their costs, this real-world data becomes ever more vital as companies look for greater green credentials. This has seen the spotlight shift to the very real and practical challenges of incorporating electric commercial vehicles into a fleet.

Watts added: “The two key questions routinely faced from fleet operators looking to adopt eLCVs are ‘what is the real-world range?’ and ‘what impact, if any, does the payload have on this range?’

“There has previously been an information void about the real-world range of fully electric LCVs, but now we can provide those looking for eLCVs with range certainty.”

Arval’s eLCV Performance Report is the first independent investigation into the impact of temperature on electric LCV real-world range.

And its LCV Centre of Excellence team is also available for broader conversion and fleet requirements via www.arval.co.uk/manage-fleet/lcv-fleet-management#lcv-form