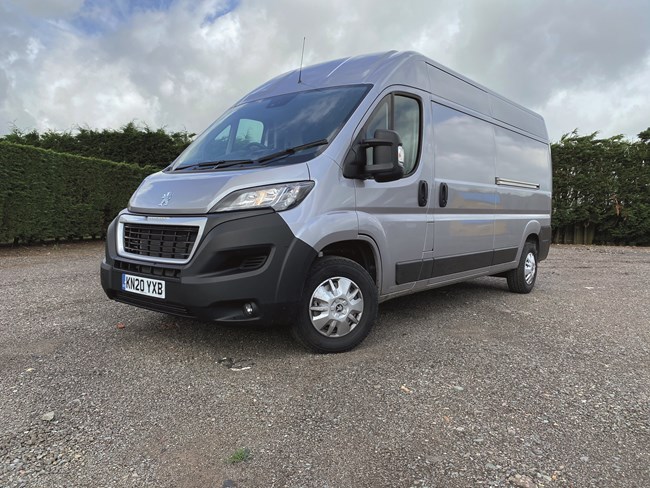 Meeting the latest Euro6 emissions standards hasn’t been easy for many manufacturers. The more stringent requirements needed to meet the real-world driving emissions testing has seen most manufacturers of large vans replace their entire power units.

While you might think most have been downsized, there has been a trend for many to increase in size in order to run the vehicles in a more efficient band of power and torque.

Mercedes-Benz downsized the Sprinter from a 2.1-litre unit to 2.0-litre unit, while the Fiat Ducato has increased from 2.0-litre to 2.3-litre. VW stuck to its guns with a 2.0-litre for the Crafter.

The Peugeot Boxer has had a bit more of an interesting journey to get to Euro6, where its 2.2-litre and 3.0-litre options were downsized to a 2.0-litre engine in 2016 to meet the initial Euro6 requirements before being uprated to 2.2 litres late last year to meet the newer Euro6d TEMP requirements. The bigger engine brings with it more power than the old 2.0-litre BlueHDI, with the new 2.2-litre engine, also called BlueHDI, available once again in three power outputs.

The entry-level engine has increased by 10hp to 120hp with the same 300Nm of torque, while the middle unit also gets a 10hp boost to 140hp with 340Nm. The most powerful of the new engines is a 165hp, replacing the 160hp, but adding 20Nm of torque to total 370Nm. To help meet emissions targets, all engines now come with stop/start systems as standard.

Without doubt the new engine has made a significant difference to the way the Boxer feels. The new 2.2-litre feels eager to pull whatever gear you’re in and with more torque on tap is far better at pulling itself along if you’re caught in the wrong gear. The six-speed gearbox has a tight action, which works well with the engine, enabling smooth shifts with little in the way of shunting through the driveline. While the engine is another improvement, which undoubtedly elevated the Boxer compared to the previous version, it’s still a fairly noisy place to be. It feels coarser and less refined than some of its rivals as a result.

The steering is heavy and the suspension firm, but the pairing is a satisfying combination that allows you to really push the van if you need to while still feeling safe, secure and in control.

From the outside you would be forgiven for not realising the Boxer is a newer model. Having undergone just one overhaul since this iteration of Boxer was launched in 2006, the looks acquired during a 2014 facelift, which predated the introduction of the first Euro6 engines in 2016, remain the latest round of changes. In fact, even the exterior modifications in 2014 did little to alter the Boxer’s overall look – the badge changed position and prominence, and the grille becoming slightly larger, but the overall appearance is fairly similar to the 2006 design.

There is a noticeable band of LED daytime running lights within the headlight unit, an option to all but the most expensive Boxer vans, and the bumper looks a little more contoured, but we are essentially dealing with a van approaching 15 years in service.

That means the new engines with power increases are definitely the most interesting update to the Boxer in years, but this time around there are some small changes to the interior. 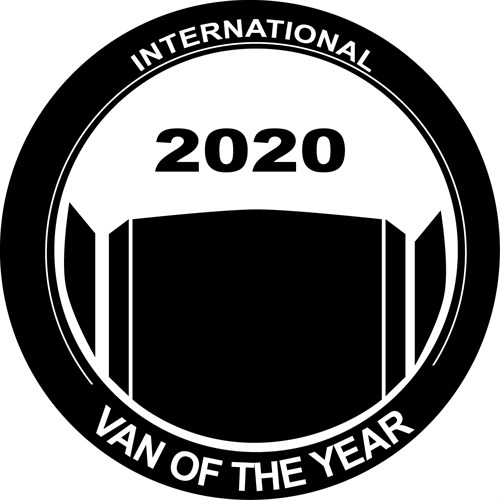 The Boxer has always been blessed with an open and airy cabin, but one that has leaned towards being a little bare. It certainly lacks the sophistication of the medium-sized Peugeot Expert and the highly capable and comfortable Peugeot Partner city van, both of which are based on the passenger car-inspired EMP2 platform. That leaves the Boxer firmly rooted in the practical commercial camp, and as the name suggests it is something of a brute as a result. Entry-level S (or Standard, as it was once known) is thinly equipped, with electric, heated mirrors perhaps the main highlight. You get a 12V power socket, a rake and reach-adjustable steering wheel and electric windows, and there is a DAB radio with Bluetooth as standard along with steering wheel-mounted controls for both. From S you can progress to Grip trim level, which adds cruise control and speed-limiter, along with a lower central glovebox that replaces cupholders in the central area. The driver’s seat, which was previously only height-adjustable with a rake and reach adjustment now includes lumbar support, while you also get an armrest. As the name suggests, Grip adds additional grip functionality through Peugeot’s grip control, which includes hill descent assist, as well as reinforced suspension and an underbody protection plate.

Alternatively, from S you can progress to the Professional trim level. It adds air conditioning, rear parking sensors, an alarm, and a 5.0in touchscreen with integrated DAB radio, Bluetooth and satellite navigation, as well as some features found on the Grip including cruise control, the lower central glovebox, adjustable driver seat with armrest and lumbar support, and steering wheel-mounted controls.

On paper, our test van, an Asphalt model, certainly looks to tick many of the boxes a driver would like, and a fleet would expect, a modern van to have. The safety systems fitted are on a par with those found in other models, and while you have to pay top dollar for them, that’s not uncommon in rivals either. Yet the cabin as a whole really does now feel light years behind when compared to others in the sector. Some plastics don’t feel the best – although the piano-black finish around the central dash does lift the cabin – and the dials for the air conditioning and controls for the cruise are not the most ergonomic to use. An obvious gripe is the handbrake being on the right side of the seat, although this does mean that cross-cab access is significantly easier, but on the whole it’s a shame that the Boxer has not been able to move on after all this time.

Yet it remains an immensely practical van – arguably the most important metric. There’s up to 17.0m3 of capacity in the back thanks to a choice of four wheelbase lengths and three roof heights. An impressive 1,570kg payload can also be loaded into the back (1,870kg if you opt for the largest 4.0t van) and it does all of this while returning some strong fuel consumption figures, approaching nearly 35.0mpg (according to WLTP figures).

The Peugeot Boxer is getting a little long in the tooth, but its solid base has served the model well. The new engines add a touch of sparkle to the range, which will keep it in service a while longer, but the cabin feels outdated compared to almost every other model in the segment. The tiring Boxer might be approaching the final rounds of its career, but it is still trying to prove there is some fight left in it yet.

Comment: MAN alive! The TGE is a hidden gem!

For me, the Volkswagen Crafter is the benchmark for big vans, which also means the MAN TGE is too, as it is built on the same platform, but I’d yet to meet anyone who had bought the latter. That was until I had a chat with TV speed freak Guy Martin.

It turns out that Martin has swapped his Ford Transit for the MAN model and he couldn’t wait to show me some of the features he really thought made the difference.

First up was the rubber stopper on the nearside door, which prevents you from smashing one rear door into the other and causing a dent if you get the door closing sequence wrong. Then it was the mechanism for the quick release tie-down channels in the loadspace, and finally the “bloody great magnets” on the rear doors that pin them to 270°.

Martin’s simple appreciation for the little things on a van should make us all sit back and consider just how good the humble van has become.