The infrastructure is in its infancy but there are compelling environmental and practical benefits offered by fuel cell technology. 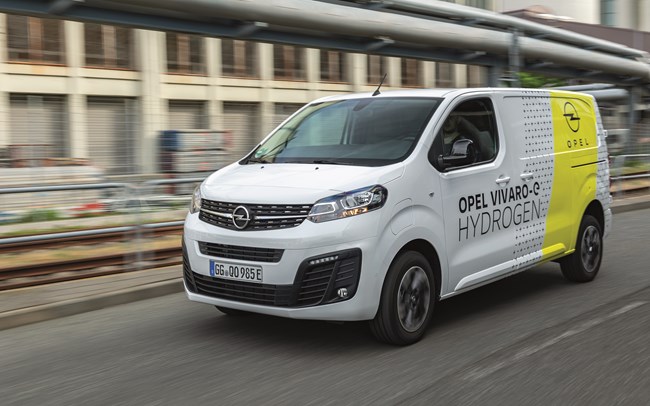 Hydrogen infrastructure is not plentiful in the UK, but like the early days of electric vehicles, without a viable mainstream model to encourage uptake and begin the conversation in earnest, progress is bound to be slow.

The Vauxhall Vivaro-e Hydrogen was the first hydrogen van from a mainstream manufacturer to launch in Europe when deliveries began late last year. And while plans for a right-hand-drive model are not yet set in stone, the mid-sized van is part of Stellantis’ plans to have a 100% zero-emission line-up by 2028.

The model starts life as a battery electric (BEV) model, in this case a Vauxhall/Opel Vivaro-e Hydrogen, before being taken off the production line and shipped to Opel’s Russelsheim factory where the traction battery is removed, repacked and shipped back to Sevelnord factory in France for re-use. The 100kW (136hp) motor remains but added to the mix is a 700-bar hydrogen tank system with three tanks providing hydrogen to the fuel cell (made by French company Symbio) that is installed underneath the vehicle where the traction battery of the Vivaro-e BEV used to be located.

Stellantis refer to this setup as a mid-power concept, falling in the middle ground between a system that would be classed as a BEV range extender that is mostly reliant upon a battery with a small fuel cell to top up the range, and a vehicle that uses only a fuel cell to drive the motor. Both systems have their strengths and weaknesses, but Stellantis sees their method of a small battery capable of 50km (31 miles) range and a hydrogen fuel cell that is compact enough to fit in the position where the traction battery would normally be, as a sensible solution to providing a van that can run on hydrogen (H2) and when needed also be plugged in to take an 11kW charge, giving a combined range of up to 400km (250 miles).

Perhaps most importantly of all, the hydrogen tanks can be filled in just three to five minutes, which is where Stellantis see the market for the hydrogen van being. Fleets who need the flexibility of a diesel van that can be quickly filled but want to have the green credentials of an electric van will be the primary audience for the Vivaro-e Hydrogen, rather than those that want to regularly travel long distances and utilise the 400km maximum range. By not having to plug-in for a battery recharge there is the potential for notable time savings but it will come at a cost, roughly twice that of an electric-only model. While Stellantis is quick to point out the current affordability presented by German incentives that see the vehicle cost €700 (£596) per month on a lease deal, there’s no guarantee such generosity would be forthcoming in the UK. 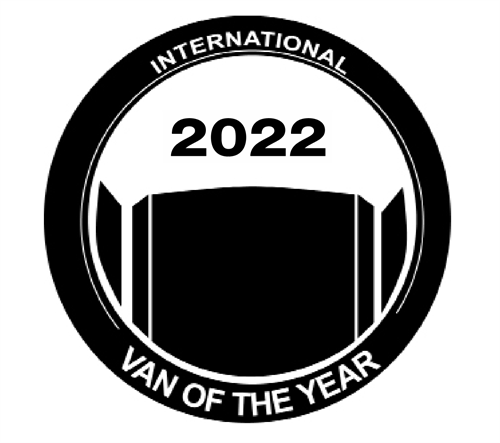 Nevertheless, the Vivaro-e Hydrogen will be an interesting concept for fleets that want to improve their carbon footprint but perhaps cannot adopt BEV vans either because of the time constraints of their workload or recharging issues – for example if the vehicle needs to return home with the driver every night and they don’t have charging facilities.

With two body lengths available – standard and long – that provide load volumes of 5.3m3 or 6.1m3, respectively, the Vivaro-e Hydrogen is just as practical as its BEV counterpart. The three hydrogen fuel tanks, capable of taking 4.4kg of H2, are also lighter than the traction battery at roughly 180kg compared to the battery’s 350kg, which when you add the 45kW fuel cell stack and under seat batteries into the equation results in no net loss of payload. You can therefore carry up to 1,000kg, as well as being able to tow a tonne.

Driveline technology aside, the Vivaro-e Hydrogen is identical to the BEV van. It has the same 100kW power output with 260Nm of torque and performs in much the same way too. Top speed is limited to 68mph (110kph) and if you need to know the 0-62 time it’s a modest 15 seconds, but the Vivaro-e Hydrogen isn’t a performance vehicle, it’s a capable vehicle. Capable of the same as the BEV and capable of doing it competently too. Even the process of filling up with hydrogen is straight forward – simply press a button to depressurise the tanks and allow the filler cap hatch to be opened, then push a nozzle onto the valve and instruct the pump to start filling. In much the same way as a battery’s charging speed gets slower the closer to maximum capacity that it is, the hydrogen tank does the same but we added 1.5kgs of hydrogen in a little under two minutes – filling the 4.4kg tank should take no more than five minutes at the 700 bar pressurisation that has been standardised on the continent.

The actual driving is similar to the BEV van too, with a low centre of gravity and identical brake mode and driving mode toggle with three power options Eco, Normal and Power that give you 60kW/190Nm, 80kW/210Nm or 100kW/260Nm, respectively. The most obvious difference is that there are a slightly different set of noises coming from beneath you – most of which are due to cooling. The BEV van’s electric motor whine is still audible but there’s added whooshing and sucking type noises as the fuel cell continually charges the battery to keep it above 50%, its preferred optimum.

The Vivaro-e Hydrogen is an interesting proposition for anyone that can’t get an electric-only van to fit with their work patterns, but unless you’re a large fleet customer willing to invest the money, not only in the vehicles, but a hydrogen refuelling system, it doesn’t yet make sense in the UK.

When the infrastructure catches up, however, and assuming economies of scale see the overall price reduce, a fuel cell van will likely be a much more appealing option to the light commercial masses.

Diversity is the key for Stellantis

Industry predictions are that electric vehicles will make up more than 30% of LCV sales by 2025 and that by 2030 that figure will rise to 70%. Stellantis, however, expects its own product mix to be even more in favour of battery electric vehicles.

It plans to achieve this with a diverse portfolio of products that will include internal combustion engine (ICE), battery electric vehicles (BEV) and hydrogen fuel cell models.

While the lion’s share of those sales will be for BEV vehicles, it’s the fuel cell models which are the latest development in its range. Having committed to, and succeeded in, electrifying its entire LCV line-up by the end of 2021 the focus is now on providing alternative zero emission solutions starting with a mid-sized hydrogen van.

Built on what is referred to by Stellantis as the eK0 platform, the hydrogen van will be available with Citroen e-Dispatch, Peugeot e-Expert and Vauxhall Vivaro-e badges in France and Germany, the first two countries to get the new model. Other northern European countries will follow as their refuelling infrastructure develops, and Stellantis also plans to launch right-hand-drive models for the UK.

The growth is all part of plans to have more than 75 BEV models in the portfolio of passenger cars and commercial vehicles and will include new electric versions of the large van in 2024, a large hydrogen fuel cell van and a fuel cell pick-up for the United States under the RAM brand in 2025.

Pulling up at a hydrogen filling station pump to re-fill the Vivaro-e Hydrogen was an entirely new experience for me and so too was seeing the water vapour from the fuel cell being ejected into the atmosphere.

That aside, everything else about my first hands-on hydrogen interaction was familiar and it is that familiarity that Stellantis Light Commercial Vehicles Business Unit senior vice president, Xavier Peugeot, expects will drive the success of their medium vans.

“I’m very confident in the eK0,” Peugeot told me, referring to the internal model name for the medium-sized electric van’s platform. “Its design will last, and it won’t get old quickly. We also have really strong brands for key markets, for example in France customers will prefer one of the French models, in the UK we have Vauxhall, Germany there is Opel and Italians will want Fiat. We can manage to be strong with local customer needs even if the differentiation is quite low.”

Often, we see badge-engineered/joint venture vehicles as a negative, and while the small and medium van segments are dangerously close to being entirely populated by just six or seven models, its projects like hydrogen fuel cells where you can see their strengths.

The volumes Stellantis are capable of selling through Citroen, Fiat, Opel, Peugeot and Vauxhall, as well as Toyota’s allocation, will improve the economies of scales for eK0 vans and their hydrogen spin-offs, increasing availability beyond the fleets to all customers and enabling us all to enjoy these new experiences for ourselves.