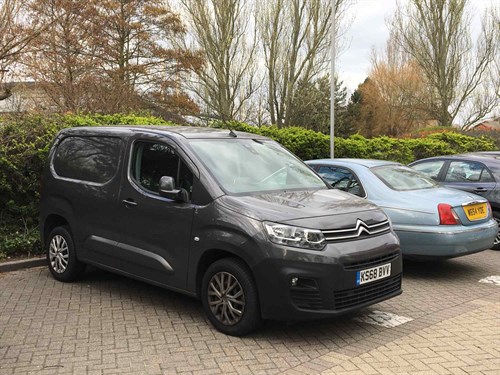 Citroen is continuing to market its Berlingo van with the 1.6-litre Blue HDi engine with outputs of 75hp and 100hp that steadfastly served the previous-generation model.

This powertrain will be sold alongside the new 130hp 1.5 diesel until September, when it will be withdrawn, leaving the 1.5-litre unit to pick up the 75hp and 100hp outputs.

So, can the older engine still hold its own before it bows out in the autumn?

We decided to find out by testing the 100hp version of the 1.6-litre while waiting for a Berlingo Crew Van to join our fleet.

The first thing to say is that it’s not as good as the 1.5 that will supersede it. But in terms of progression that’s as it should be.

The 1.6 is noisier, less refined and likely to be less eco-friendly and economical than the 1.5 with equivalent outputs. It also comes with five, rather than six, manual gears.

With only the most powerful derivative of the 1.5 currently on offer, however, a like-for-like comparison is not yet available.

An efficient stop/start system no doubt helps to keep fuel consumption down.

The lack of a sixth gear is certainly irritating when cruising along motorways, as the engine strains and in-cab noise gets intrusive, but otherwise the five-speed ’box is impressively slick and complemented by decent ride and handling too.

The five-speed 1.6 is most at home on less high-speed mixed and urban routes, but with 100hp on tap there is no lack of performance and my light commercial has already coped comfortably with carting around a stack of four pallets in its load box for an extended period before their destination was cleared for them to be unloaded.

The cargo area is reached through asymmetric rear doors that can be swung through to 180°, but the stays holding them in place are a little flimsy and can allow the doors to slam shut in high winds.

My standard-wheelbase M model comes with a nearside sliding door, but opt for the long-wheelbase XL and you get sliding doors on both sides of the van. 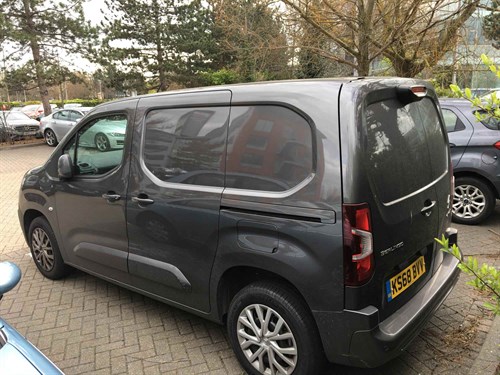 Load volume of 3.3m3 on the M compares to 3.8m3 on the XL; however, fold down the passenger seat on the standard van and there’s an extra 0.6m3 of space.

Payload on my van goes up to a meaty and class-leading 1,050kg, which means I would almost certainly not require the services of the new overload indicator that alerts the driver when the load box has reached 80% of its weight limit. The weighing device is standard on the more rugged Worker trim but is a £240 option on my Enterprise version.

By way of comparison, the highest payload in the Volkswagen Caddy range is just below 770kg while the Ford Transit Connect tops out at 960kg. Only the Fiat Doblo Cargo gets close at just over 1.0t.