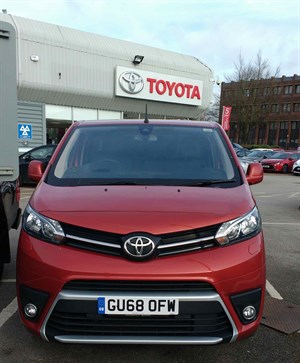 The first time I went to use the USB port in the dashboard of the Toyota Proace – to charge my daughter’s Kindle – it promptly disappeared into a black hole behind the dashboard with barely any pressure applied.

Not a good start for Toyota build quality, although the Proace is, of course, a rebadged version of the Peugeot Expert and Citroen Dispatch due to the manufacturer’s production agreement with PSA, and at the time I hoped it wasn’t set to be a sign of things to come.

Washed, repaired and ready to go

As the USB connection had fallen too far down and the slot that had been its home was too small for me to squeeze my fingers through, it meant I had to call a dealership to get the issue fixed.

Naturally, I started with Toyota’s light commercial vehicle dealers, of which there are around 50 Business Centres specialising in LCVs.

However, there wasn’t one within 25 miles of where I lived, and I was hoping to pop into somewhere a little more convenient.

Therefore I turned my attention to car dealerships, and the Steven Eagell business in Aylesbury, Buckinghamshire, was very obliging, offering over the phone to not only take a look, but to book in the Proace for a one-hour investigation. 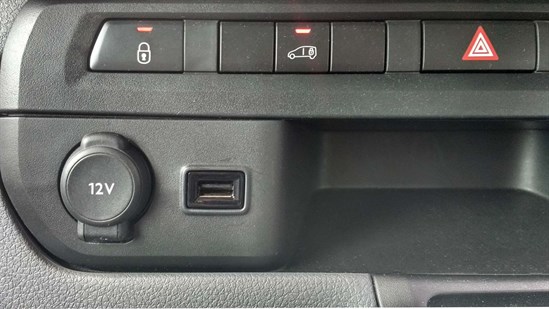 If they could fix it in that time, they would, and if they couldn’t we agreed I would drive away again and bring the van back again another time for a longer inspection.

Once a small glitch with their booking system was overcome, I was given an appointment. The customer service on arrival and throughout was very friendly, and I was given a seat plus offers of complimentary coffee to keep me going while I waited.

After an hour or so, I was presented with a vehicle that had been washed and a USB port that had been fixed. I was also given an explanation that the likely cause of the problem had been that the USB connection hadn’t been clipped on properly when the van was making its way down the factory assembly line.

The only thing I wasn’t given, however, was a bill, because Steven Eagell carried out the repair free of charge. And for that they get a big pat on the back.

In other news, the Proace’s average fuel economy for every fill-up so far has been very consistent, with no tank lower than 37.3mpg and no tank higher than 38.1mpg, although it’s still relatively early days. While this remains some way short of the official combined cycle consumption of 49.6mpg it is a respectable figure for a medium van in real conditions.

Report Card: Service = 5/5
Okay, it was only a small job, but we received free, efficient service with a smile, nevertheless.

* Including Smart Cargo system
(See below for previous reports)