The Berlingo has adapted well to longer journeys despite the absence of a sixth cruising gear. 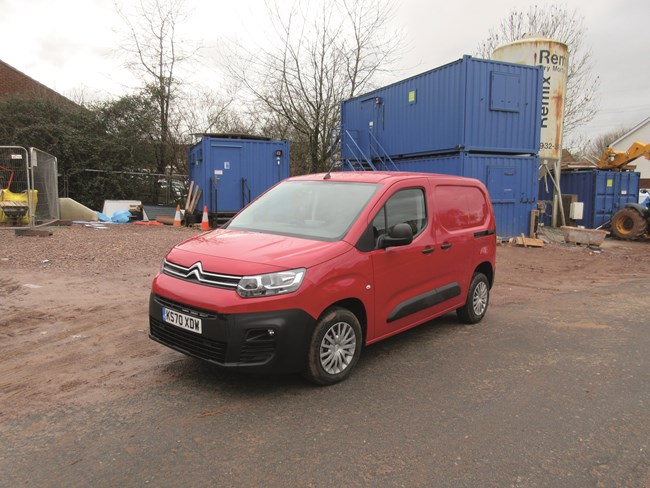 The gradual easing of lockdown restrictions and the slow but (hopefully) steady opening up of the economy at last means that our long-term test Berlingo is now working far harder than it has done in recent months.

Treks from south Herefordshire to Dorchester, Telford and Bath among other locations mean that I’ve been able to pile on the miles – and not before time. Some of the trips have been covered with around half the permitted maximum gross payload on board, and I have been impressed by several aspects of the Berlingo’s on-highway behaviour.

While I assumed the presence of a five rather than a six-speed manual gearbox would prove to be a real hindrance on motorways and dual carriageways when I initially took charge of the Citroen, that has not been borne out in practice. Even though it is short one gear, in reality I’ve not felt the lack of it and have been perfectly happy with the van’s long-haul behaviour.

Its absence is not harming fuel economy either. Indeed, fuel efficiency seems to be improving as I cover more miles, and getting a lot closer to the official WLTP figure then it was when the van first arrived.

Nor am I always driving with the aim of minimising diesel consumption – far from it. On a recent urgent run it was foot hard down all the way as far as possible without breaking the speed limit, and the Berlingo responded well.

For the most part it hammered up inclines without having to draw breath, with only the occasional need to drop down from fifth to fourth gear. Performance has improved more rapidly than I expected in line with the rising miles. 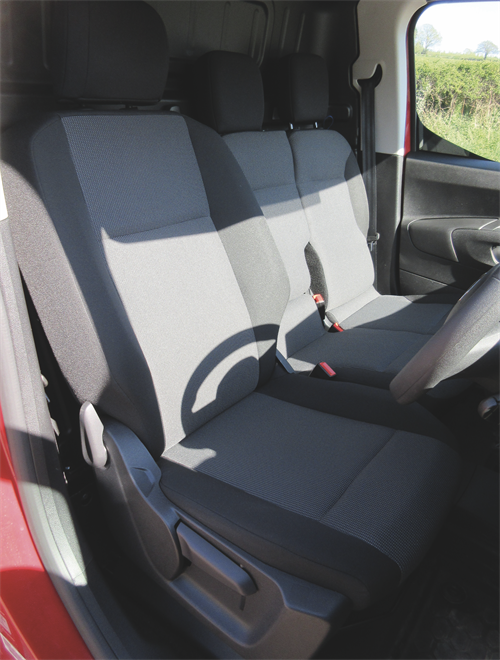 When you attempt dashes like this you learn to appreciate good handling. That is something else the Berlingo delivers, and always feels commendably stable while it is doing so.

Long journeys also make you appreciate a comfortable driver’s seat, and the Berlingo undoubtedly has one. It is height-adjustable and boasts lumbar adjustment too.

Add these features to the ability to adjust the height and reach of the steering column and it should be easy to achieve a driving position that does not land you with an aching back and shoulders at the end of the working day.

So is the Berlingo perfect? Alas, no;  in-cab noise levels remain too high and extra sound insulation would be more than welcome.

I’m also feeling the lack of a built-in satnav system more keenly now that I’m piloting the Berlingo further afield. That was especially the case when it came to locating a quarry deep in the West Country as I needed to do recently.

Enterprise-specification Berlingos do not have one as standard. You have to pay extra for it or move up to Driver trim.

I could always use my smartphone as a navigating aid of course, but the screen is too small and the sound is not always that clear. So I’ve ended up blowing the dust off my trusty old Garmin and attaching that to the windscreen instead.

That arrangement still works fine even though it means trailing the power cable all the way down to a 12v socket close to the cab floor.

However, you always have to be sure to wipe away the tell-tale sucker mark on the inside of the windscreen when you remove your Garmin. It used to be a magnet for thieves and encouraged them to break into your cab in the hope of being able to find and pinch your portable satnav – and probably still does.

Generally good, but I’d rather have a satnav than special paint.