Audible and visual safety alerts can be irritating... until they save your bacon. 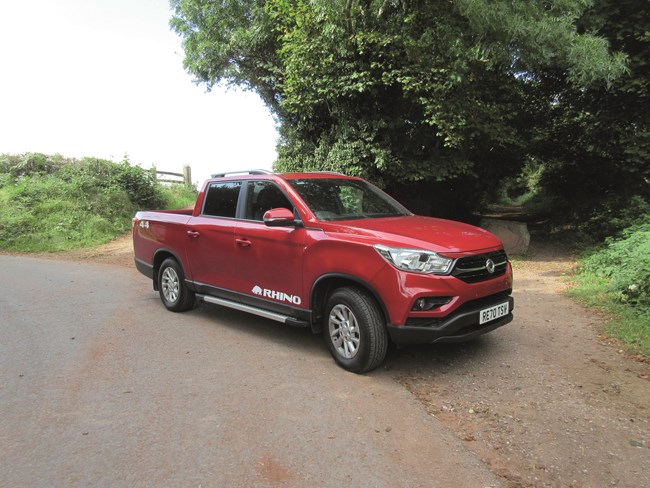 How annoyed are you by all the safety devices that constantly flash and beep at you as you head down the highway? Yes, I know they are there to help ensure I don’t come to grief and injure other road users in the process – but they can be really irritating.

That, at least, was my view until I reversed our long-term-test Musso Rhino out of a field onto a quiet country lane. I had nobody to guide me so I had to trust my luck, reasoning that the lane concerned is never that busy.

The pick-up’s load area is long and capacious; a benefit I would otherwise applaud. If you are backing onto a road however, it also means the vehicle projects for some distance before you are able to see if anything is coming.

In my case, what was coming was a very big agricultural tractor hauling a trailer, and travelling at a fair rate of knots; Herefordshire tractor drivers take no prisoners. It would probably have slammed into me were it not for the fact that Musso Rhino is equipped with Rear Cross-Traffic Alert.

If you are reversing then it warns you if you are about to stray into the path of an oncoming vehicle. Thus alerted, I slammed the truck into forward gear; and catastrophe was averted.

This left me with another problem. I had hurtled so far forwards in my panicked attempt to avoid catastrophe that I had ended up in a waterlogged section of the field characterised by very deep, clinging mud.

I clearly wasn’t going to extract myself from my predicament in two-wheel-drive, so I twisted a knob between the seats to engage four-wheel-drive and a high-ratio set of gears. Doubting that would be sufficient (although in retrospect it probably would have been), I turned the knob further to engage the low-ratio gears – and after some momentary churning of a by-now-absolutely-filthy truck, it lurched out of the slough of despond and back onto terra fairly-firma. 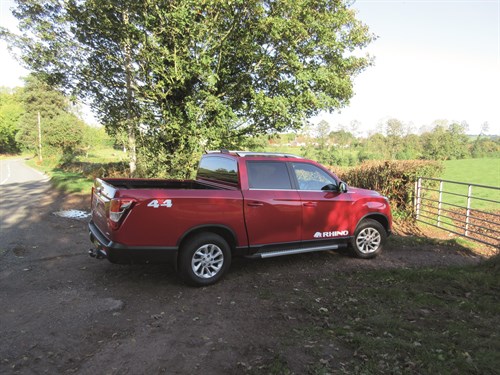 I then did what I should have done in the first place – turned the pick-up round and somewhat gingerly departed from the field nose-first. My next stop was a service station with a pressure washer, and I decided to take the opportunity to fill up with diesel once
I’d blasted all the muck away.

That led me to my second problem of the day. Because there was a fuel shortage, the forecourt concerned was restricting fuel purchases to no more than £30 worth; and Musso Rhino is not the most frugal vehicle on the scene.

The official WLTP (World Harmonised Light Vehicle Test Procedure) fuel usage figure is 28.2mpg, which is about what I’ve been achieving. That is by driving gently for the most part, with the Eco for economy setting almost constantly engaged throughout.

I was planning to drive from Herefordshire to the furthest reaches of Cornwall and back with a couple of companions, but I realised I would struggle to make the round trip on a single tank of diesel; and feared that I might not be able to find any on my way back. So Musso Rhino languished at home in favour of something less thirsty, which was a pity.

It is after all a comfortable and roomy truck with heated leather-trimmed seats, a heated steering wheel and quality climate control.

On the other hand – and like most four-wheel-drive double-cab pick-ups – its ride when lightly-laden is not its strong suit. So a trek down to Cornwall under such circumstances might have proved to be a somewhat choppy one.

Going back to my wallow in a muddy field, it did not occur to me to switch the automatic transmission to manual. To do so all you have to do is push the shift lever over to the M setting, then flick a button on the lever’s side to go up and down the box.

Come to think of it, I do not recall resorting to the M setting at any point during the 800-plus miles I have driven the truck. I’ve started to wonder if it is really necessary...

One of the Musso Rhino’s strong points