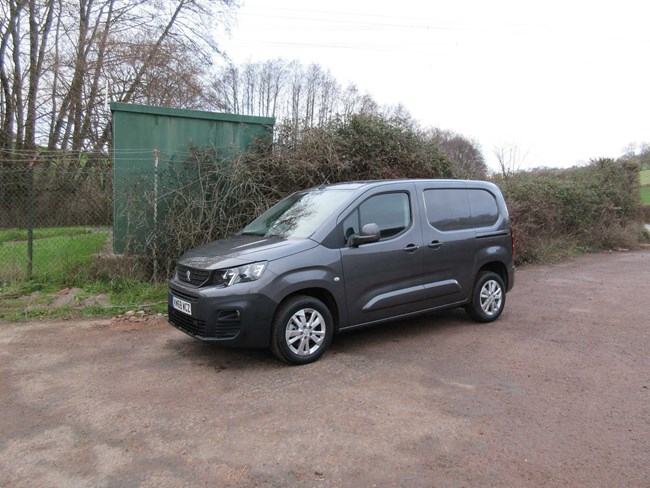 As the number three player in the van market in 2018 behind Volkswagen and the all-conquering market leader Ford, Peugeot is determined to win further registrations with the all-new Partner.

To do so it will have to outsmart two in-house rivals.

Like Peugeot, both Citroen and Vauxhall are part of the PSA Group, and one suspects that neither of Peugeot’s rival brands will willingly give ground. Once again Citroen is marketing the Partner as the Berlingo while Vauxhall is selling it as the Combo, replacing a model with the same name that used a Fiat Professional platform.

All three models are front-wheel drive, and identical under the metal, but are styled and badged differently.

They are being marketed with two different wheelbases giving two different overall lengths: L1 and L2. One roof height is offered giving a load cube of either 3.3m3 or 3.8m3. Gross payload capacities extend from 667kg to 1,050kg.

The initial diesel engine offer is a 1.6-litre BlueHDi Euro6.1 producing either 75hp or 100hp or a 1.5-litre BlueHDi Euro6.2 generating 130hp and produced in conjunction with Ford. The former is married to a five-speed manual gearbox while its stablemate is mated to either a six-speed manual or an eight-speed automatic transmission. However, the 1.6-litre is on the verge of being dropped in favour of equivalent versions of the 1.5-litre.

In the pipeline for later this year is a 1.2-litre three-cylinder petrol engine with 110hp or 130hp on tap.

Battery-powered versions of the departing Partner and Berlingo will remain available until 2020, when electric variants of the new model should break cover.

The Partner’s specification walk starts at entry-level S, moves through Professional and finishes at Asphalt, a somewhat-odd choice of name.

Also available is the Grip model. Aimed at construction companies, utilities and other operations that need to venture off-road, it boasts 30mm more ground clearance plus underbody protection and Grip Control traction control.

Given that the larger Citroen Dispatch and Peugeot Expert are sold by Toyota as the Proace, it should not be too much of a surprise to learn that Toyota is planning to start marketing its own version of the Partner/Berlingo/Combo.

We opted to sample an L1 Partner in Professional trim powered by the 130hp 1.5-litre. At this stage it should be noted that the Partner, Berlingo and Combo were jointly awarded the What Van? Light Commercial of the Year Award for 2019.