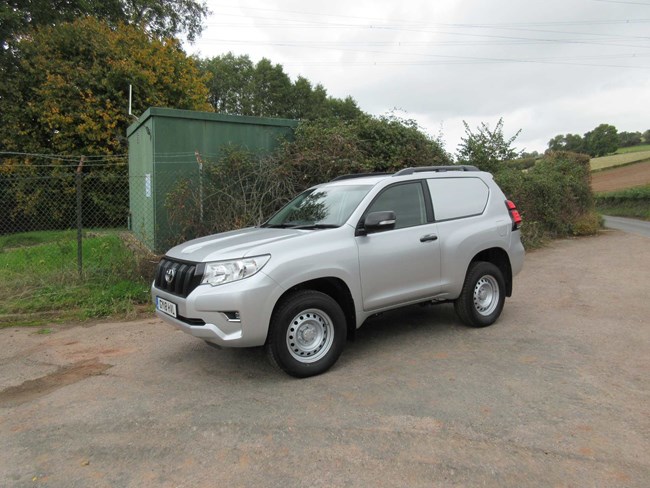 The default choice for many businesses that need to venture off-road from time to time is a 4x4 double-cab pick-up – but it is not the only option.

A small number of four-wheel drive vans of varying capacities and capabilities are also available and – depending on the model you select – may feel rather more like a car to drive than most pick-ups do.

Toyota has decided to venture into what is admittedly a niche sector of the light commercial vehicle market with a van version of the 4x4 Land Cruiser.

Produced in both short- and long-wheelbase guise, with three and five doors respectively, the Land Cruiser Utility Commercial was launched at last April’s Commercial Vehicle Show. It is a potential alternative to the legendary Hilux depending on the nature of the work you are on.

It is a van with few direct rivals and they seem to be getting fewer by the day. Mitsubishi’s classic Shogun Commercial is departing and – at the budget end of the market – Dacia’s Duster Commercial has gone, which is a great shame.

Returning to the Utility Commercial, it comes with one engine choice – a 2.8-litre pumping out 175hp – and one level of specification. We took to the chilly rural highways of Herefordshire and Gloucestershire in the short-wheelbase variant.