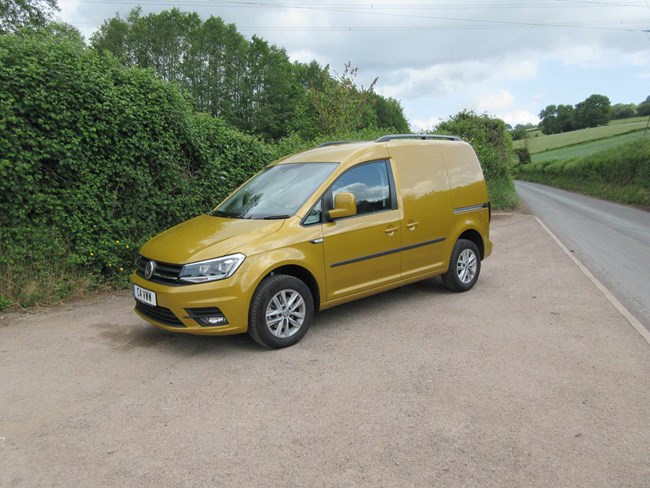 How do you like your vans? If you favour a bit dull looking but solidly built, the sort that will seldom if ever let you down and hold their value when you come to sell them second-hand, then go and visit your local Volkswagen Commercial Vehicles dealership.

Most of the range falls into that category, and the Caddy is a prime example.

We first road-tested the current Caddy when it came out almost four years ago. Since then it has been through engine changes, with Euro5 fully replaced by Euro6. A petrol power plant has been added as diesel has been demonised, and an electric Caddy is in the pipeline. Spec levels have been changed too, including the recent addition of an optional Business Pack for the entry-level Startline derivative.

VW’s competitors have not been slow to introduce new models since 2015. New arrivals include the latest Citroen Berlingo, Peugeot Partner, Vauxhall Combo and Toyota Proace City, all of which share the same basic design.

Caddy buyers can pick from a 102hp 1.0-litre TSI petrol engine or a 2.0-litre TDI diesel at 102hp or 150hp. The transmission alternatives are a five-speed manual or the hugely admirable auto dual-clutch six-speed Direct Shift Gearbox – the gearbox you really want.

Load volume is either 3.2m3 or 4.2m3 with the latter carrying the Caddy Maxi moniker.

Gross payload capacity ranges from 545kg to 736kg, and the Caddy Maxi is additionally marketed with a second row of seats and a cargo bay at the back.

In addition to Startline, the Caddy is offered with Trendline and Highline trim levels. We sampled a 102hp short-wheelbase Caddy in Highline trim and Sandstorm Yellow metallic paint.