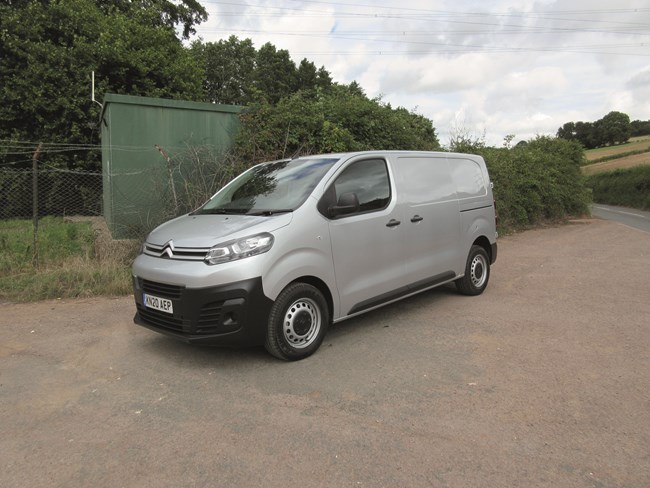 Fancy a shiny new British-built Vivaro? Then hang on a minute before you dash down to your local Vauxhall dealership because it might pay you to shop around.

What is basically the same model is available at Citroen outlets badged as the Dispatch. Chat to your nearest Peugeot dealer and you will quickly discover that it is on offer under the Expert banner too.

There is no reason why you shouldn’t play all three dealers off against one another to get the best possible deal on the same vehicle.

All three brands are owned by PSA Group, which acquired Vauxhall in 2017. What is more, under a joint venture agreement Toyota is marketing the Vivaro/Dispatch/Expert as the Proace – so that’s another dealership you can factor into the equation.

The Proace differs from the other three because it is not yet available in battery-electric guise, but will be during the course of next year.

Nor is it assembled at Vauxhall’s Luton plant; not yet at least. The Vivaro is, and it is not alone.

In an exclusive story back in January, What Van? revealed that Dispatch and Expert models had begun rolling down the Bedfordshire production line – the first Citroens to be built in the UK since 1965, and the first Peugeots to be built here since 2006.

One wonders where all this will go next now that PSA has inked a 50/50 merger deal with Fiat Chrysler Automobiles.

The Vivaro, Dispatch, Expert and Proace all have styling differences but are the same under the skin, so we decided to sample what Citroen has to offer.

Originally launched in 2016, the Dispatch has undergone a few changes since we tried an early right-hand drive pre-production version shorn of some of the specifications that would eventually appear on models sold through Citroen dealerships.

Last year saw the engine line-up rejigged. Offered at either 95hp or 115hp, the old 1.6-litre diesel was dropped in favour of a 1.5-litre producing a flat 100hp.

The established 2.0-litre diesels were upgraded in line with the more exacting Euro6d-Temp emission regulations, but still generate 120hp, 150hp or 180hp. The most powerful of the trio used to come with a six-speed automatic gearbox as standard, but this has been upgraded to the EAT8 eight-speeder.

A six-speed manual box is standard on all other models.

The big news is the arrival of the battery-electric e-Dispatch with a 100kW motor and the choice of either a 50kWh or a 75kWh battery. The former offers a range of up to 143 miles between recharges while the latter is good for up to 205 miles, states Citroen.

Looking across the range, the X version remains the entry-level model, but customers can move up a level and select Enterprise specification instead. However, they are not the only choices.

The engine revamp coincided with a reworking of the specification line-up, with the addition of Worker (enhanced traction, higher ground clearance) and Driver (extra safety devices, satnav) trim levels first seen in the Berlingo.

Enterprise+ trim has been quietly expunged from the Dispatch price list.

Two wheelbases and three body lengths – XS, M and XL – are listed, but just one roof height, which at 1.9m is low enough to allow you to access most car parks. The load cubes run from 4.6m3 to 6.1m3 while vehicle gross payloads extend from 960kg up to 1,469kg.

The Dispatch is marketed as a crew van too.

We opted for a Citroen Dispatch BlueHDi 120 S&S M 1400 Enterprise powered by the 120hp diesel. Can it still cut the mustard over four years after the first model appeared?