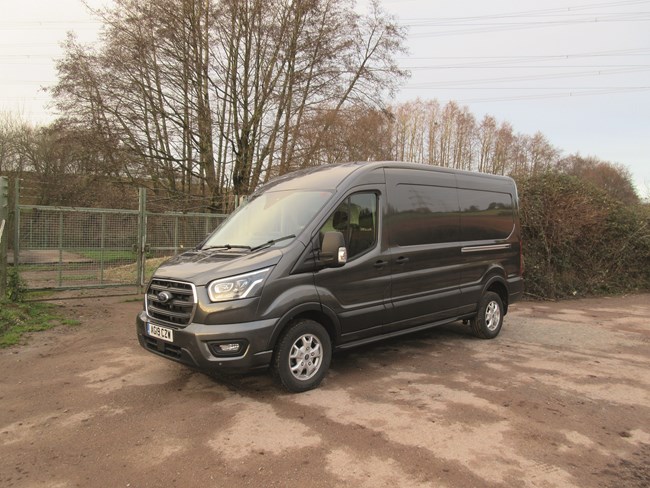 The Transit juggernaut just keeps rolling on. Last year saw Ford sell over 26,000 examples of its iconic van in the UK, making it the country’s second most popular light commercial. The number one slot was occupied by another model with a Transit badge – the Transit Custom – with upwards of 52,000 registrations.

Marketed in both front- and rear-wheel drive guise as well as with four-wheel drive, what is now sometimes referred to as the ‘big Transit’ underwent a makeover a while back. It got a redesigned front end with a taller three-bar grille, plus reshaped front panels and a reshaped front bumper, a revised interior, a new 185hp version of its 2.0-litre Ecoblue diesel, and the option of a mild hybrid diesel powertrain.

The 2.0-litre has been upgraded, with peak fuel injection pressure now set at 2,200 bar. Other changes include the introduction of a variable-flow oil pump intended to reduce parasitic losses by adapting oil delivery to demand.

An all-electric Transit is scheduled to go on sale in 2021, and rear-wheel drive Transits will be made available with a 10-speed automatic gearbox. That’s a development likely to gladden the heart of anybody involved with home delivery work.

Front-wheel drive variants are already on sale with a SelectShift six-speed auto gearbox.

Grossing at from 2.9t to 4.7t, Transit vans can handle a gross payload of from 872kg to 2,169kg depending on the model selected. Load cube ranges from 9.5m3 to 15.1m3 and the Transit is also available as a crew van with rear seats plus a separate load area, a chassis cab, a chassis crew cab, and as a minibus.

We got behind the wheel of a rear-wheel drive 185hp 3.5t L3H2 van in Limited trim with a 11.0m3 load area and the standard six-speed manual gearbox. We came away impressed.