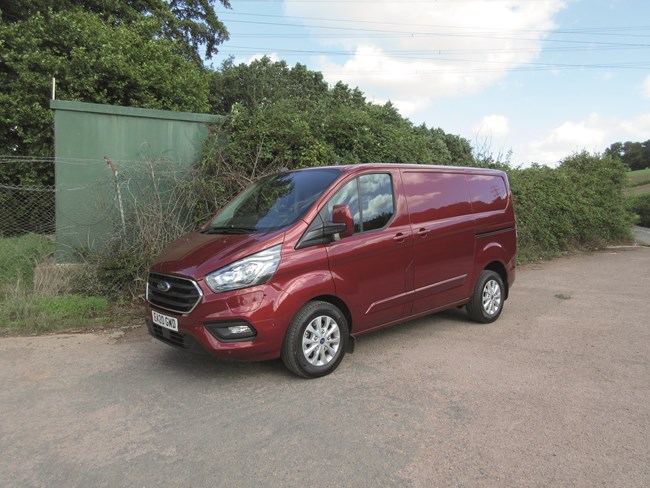 Van operators anxious to cut their emissions are in something of a quandary. While the ranges offered by pure battery-electric vehicles are increasing, they are still not sufficient to meet the needs of many business owners who may understandably suffer from range anxiety.

One way of squaring this circle is to opt for a light commercial vehicle equipped with a range extender: one that can run on battery power only on short-haul work in urban areas, but is fitted with a conventional engine that can be called on if the driver has to tackle longer runs.

It is a market Ford is catering for with the PHEV (plug-in hybrid electric vehicle) version of the Transit Custom.

With its PHEV status denoted by a discreet badge on the offside rear door, it comes with an electric motor plus a battery pack that can be recharged using mains electricity. It is backed by a range-extender petrol engine that supports them in the same way that a generator would.

Not directly connected to the vehicle’s driven wheels, it pumps in power once the battery is depleted. It means the van can travel a lot further without the need to plug it into a charging station than the 35 or so miles it can achieve by relying on its battery alone.

The PHEV is an alternative to the standard diesel-fuelled Transit Custom, which has a 2.0-litre Ecoblue engine up for grabs at 105hp, 130hp, 170hp or 185hp.

Mention should also be made of the mHEV mild-hybrid Custom. Offered with the 130hp diesel, it comes with a belt-driven integrated starter/generator (BISG) rather than an alternator plus a 10Ah 48V air-cooled lithium-ion battery that sits under the passenger seat.

The BISG enables the battery to capture and store energy that would otherwise be lost when the van decelerates, and use it to power the Custom’s electrical system, including its electric power steering.

Result? Less effort is required from the engine, and that spells good news for fuel usage.

BISG also uses the energy stored to give the engine a torque boost when the driver accelerates – even better news for fuel economy.

We got to grips with a PHEV in top-of-the-range Limited trim. It can also be ordered with entry-level Leader and mid-range Trend specifications.