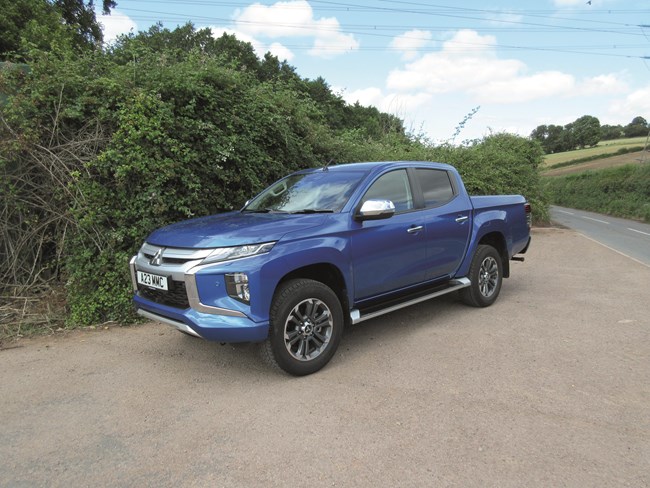 On the face of it, Mitsubishi’s shock decision to withdraw from the UK and mainland Europe in a bid to cut its worldwide costs would appear to render a road test of the latest L200 4x4 pick-up somewhat pointless. Not so.

While Mitsubishi is freezing any further launches of new models in this part of the globe, the L200 will be available for a while yet. It will only finally hit the buffers when it no longer complies with emissions regulations.

Set up in 1974, independent Mitsubishi importer Colt Car Company says it is committed to ensuring parts and service support will remain available. The large number of L200s and other Mitsubishi models on Britain’s highways means that it has every incentive to do so, while at the same time looking for other manufacturers’ products to distribute.

With a heritage that stretches back some 40 years, the L200 is now on offer in Series 6 guise. It can be identified by its restyled front end and squared-off wheel arches, with the majority of variants featuring 18in alloy wheels and LED headlights.

Power comes courtesy of a new, 150hp 2.3-litre diesel – down, alas, from the 180hp generated by the 2.4-litre employed in the previous Barbarian Double Cab – and the four-wheel drive system has been upgraded. Gross payload has been boosted to a maximum 1,080kg depending on the model selected and the L200 can tow a braked trailer grossing at up to 3.5t.

Buyers can opt for the four-door five-seater Double Cab or the Club Cab, which boasts a longer load bed. It features two full-size front doors plus two small rear-hinged back doors, which open onto a pair of (very) occasional rear seats.

The 4Life Club Cab is the entry-level model. Thereafter the spec walk ambles through Trojan, Warrior and Barbarian, reaching its pinnacle with the Barbarian X Double Cab automatic. Its six-speed transmission is new, and replaces a five-speeder.

Always happy to enjoy a bit of comfort, that’s the model we sampled.