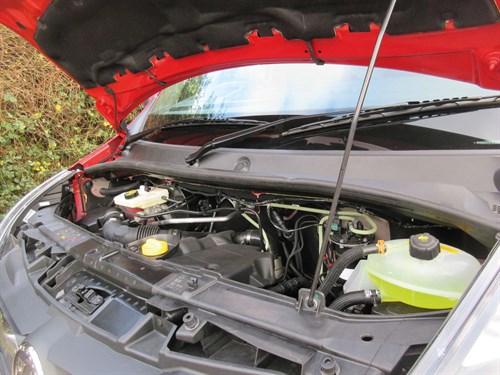 Twin variable-geometry turbochargers are fitted with common-rail fuel injection and an intercooler.

The introduction of the Worldwide Harmonised Light Vehicle Test Procedure (WLTP) has resulted in a divergence in the arrangements governing engine provision. Front-wheel drive Movanos are equipped with transversely mounted 2.3-litre diesels at 135hp and 180hp as well as at 150hp, which have been homologated in line with the Light Duty Euro6d-Temp regulations and must comply with WLTP.

Rear-wheel drive versions have the same engine at 130hp, 145hp and 165hp, but mounted longitudinally and homologated in line with the Heavy Duty rules. This means they are exempt from WLTP. Light Duty models are limited in terms of the weight and size of the conversion they can accept. Their Heavy Duty counterparts are not so tightly constrained.

Our van’s 16in wheels were shod with Bridgestone Duravis 225/65/R16C tyres and featured full-diameter plastic covers. You pay an extra £60 for them, which seems a bit cheese-paring.

One of the most welcome aspects of the latest Movano is the precision of its handling, The feedback through the steering has a reassuringly meaty feel to it, allowing you to hustle the van through bends with confidence and giving it a feeling of stability. It rides well too, coping with potholes and ridges with rather more ease than some of its competitors can muster.

With 150hp to call on, performance is not an issue. We accelerated briskly away from rest and up through the gears, and found we could easily keep up with motorway traffic.

A smooth gearchange helped, although the quality of the gearchange offered in the Movano/Master/NV400 seems to vary a lot. Sometimes it is issue-free, sometimes it is rather like stirring a bag of marbles with a stick.

In-cab noise levels were alas poorly suppressed, with road noise in particular making its presence felt to an excessive degree.

An Eco Mode button was fitted. Press it and you alter the van’s torque settings and rate of acceleration among other functions, hopefully leading to an up to 10% reduction in fuel usage.

Resorting to Eco Mode will not affect the van’s performance unduly if you are heading down a motorway or dual carriageway half-laden.

If you are climbing a steep hill heavily laden, however, or hauling a trailer then that may be a different matter, and you could find you are struggling. Also installed is stop/start, which can be switched on and off.

Our advice would be to leave it switched on in urban environments in order to cut both diesel consumption and exhaust emissions. 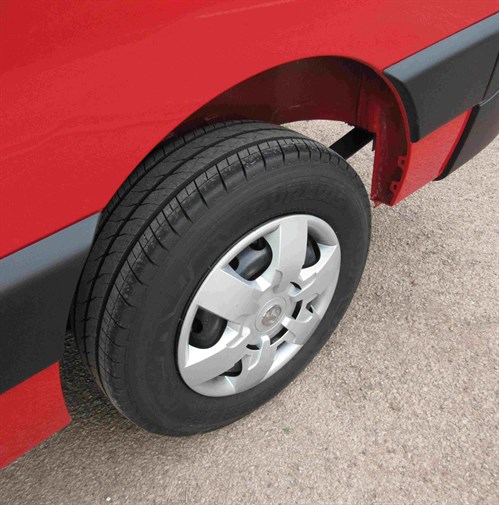