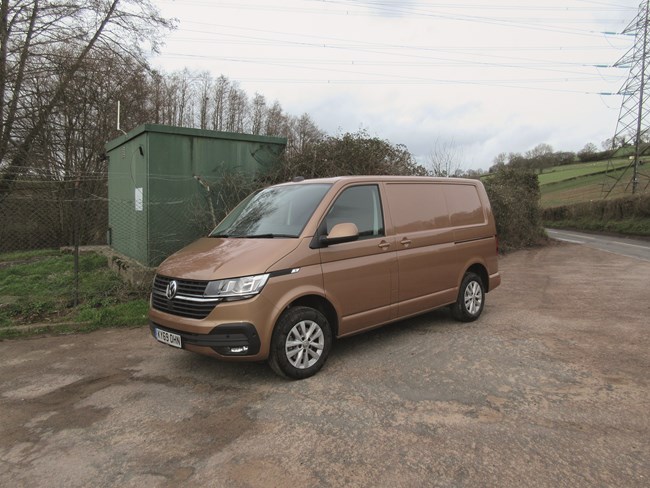 Favouring evolution rather than revolution, Volkswagen has accorded the Transporter a mild makeover under the T6.1 banner.

Die-hard fans of the model may coo over the restyled radiator grille, front bumper and dashboard. They will be aware, however, that the key changes lie beneath the metal, with even greater stress placed on safety.

Crosswind assist is now standard on the T6.1 – it should help ensure you aren’t blown into an adjacent lane in a gale on the motorway – as are cruise control with a speed limiter, and eCall. The last-named device triggers an alert to an emergency call centre if the van is involved in a smash, and is now mandatory on all new types of light commercial.

A variety of other new safety devices are listed as options. Further changes include the arrival of speed-sensitive electromechanical steering.

Under the bonnet you will find the familiar 2.0-litre TDI diesel at either 90hp (previously 84hp), 110hp (102hp), 150hp (no change) or 199hp (204hp). The attempt to promote the Transporter with a series of petrol engines has been quietly abandoned.

Either a five or a six-speed manual transmission is fitted depending on the power output, and the superb seven-speed DSG auto gearbox is on the options list. Almost all the models sold are front-wheel drive, but you can opt for 4Motion four-wheel drive instead if you need to stay mobile in winter weather.

Two levels of trim are on offer: entry-level Startline and the more upmarket Highline. Startline models can be upgraded with an optional Business Pack, which includes air-conditioning, as a halfway house between the two specifications.

Like its predecessor, the T6.1 is produced as a van, a chassis cab, and as a passenger-carrying Kombi, and with two different wheelbases and heights.

A battery-powered e-Transporter developed in conjunction with automotive engineering group ABT is set to appear on this side of the Channel this year.

We opted to get to grips with a short-wheelbase T28 van in Highline trim with the 110hp engine married to a five-speed manual gearbox. Such was its astonishingly high level of build quality that even Herefordshire’s hideously potholed highways – a demanding test for any vehicle – failed to shake it apart.