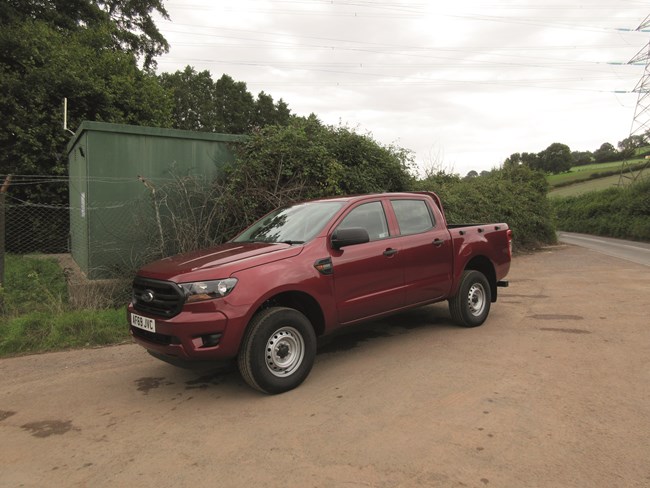 Not all double-cab 4x4 pick-ups are marketed as high-specification alternatives to top-of-the-range company cars, whose sole acquaintance with hard work is towing a horsebox with a child’s pony in it at the weekend. Many of them are sold as workhorses that spend their days on dusty construction sites or struggling up muddy, deeply-rutted farm tracks.

When presented in entry-level XL trim Ford’s Ranger apparently falls into the workhorse category, but perhaps that is a bit of a misnomer. Despite its bottom-of-the-league status it is packed full of desirable kit, and would probably appeal to price-conscious retail buyers as well as to business users.

Facelifted not so long ago, and winner of the What Van? Pick-up of the Year for 2021, the Ranger can be ordered in single-cab, super-cab and four-door double-cab guise. The specification walk goes from XL through to XLT, Limited, Wildtrak and Thunder all the way up to the spectacular (and pricy) Raptor.

Power comes courtesy of a 2.0-litre EcoBlue diesel at 130hp, 170hp or 213hp. Buyers can choose either a six-speed manual gearbox or a 10-speed automatic box.

Worthy of mention is the single-cab chassis cab announced late last year, which looks like a useful platform for an off-roading tipper or a cherry picker.

On its way is a version of the Ranger developed in partnership with tuning company MS-RT which uses the 213hp Wildtrak auto double-cab as its platform. Complete with 29in alloy wheels and extended wheel arches, it will be in Ford dealerships this summer.

Prices have yet to be released.

In the meantime we opted for a, rather less glamorous, XL double cab with 170hp on tap and manual transmission. So how did we fare?