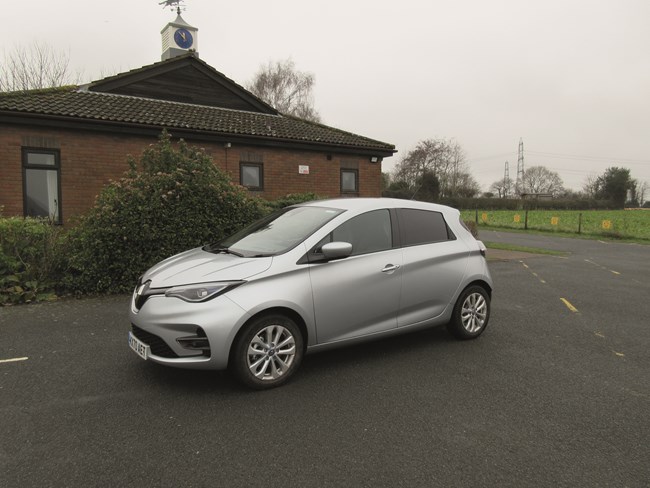 Once popular as runabouts suitable for everyone from building site workers to security guards, small hatchback vans have gradually disappeared off the automotive map as customers have opted for something a bit bigger and more practical.

In recent times Ford’s Fiesta Van has had the field to itself, but it has been joined by a newcomer with a difference. While Ford’s three-door offering comes solely with a petrol engine, Renault’s five-door Zoe Van is battery-powered – and none the worse for it.

Based on the electric Zoe car, it is up for grabs with two different levels of specification: Business and Business +. Our test van was in Business + trim, but a more than respectable level of basic specification means that opting for the entry-level model is unlikely to leave you feeling short-changed.

The big argument in favour of the Zoe Van, according to Renault, is its range between recharges. You can achieve up to 245 miles (or 239 miles with the Business+ model), according to official Worldwide Harmonised Light Vehicle Test Procedure figures, the manufacturer says.

Aware that some customers still suffer from range anxiety, Renault is canny enough to quote some less-ambitious figures of its own to avoid disappointment. It suggests 150 miles in the winter, rising to 233 miles when the weather turns mild – a wise precaution.

The Zoe Van joins an established battery-powered line-up from Renault, which includes the Kangoo Z.E and Master Z.E. Now offered as a 3.5t van, the latter model is sold through Renault Trucks dealers as well as through the car and van network.